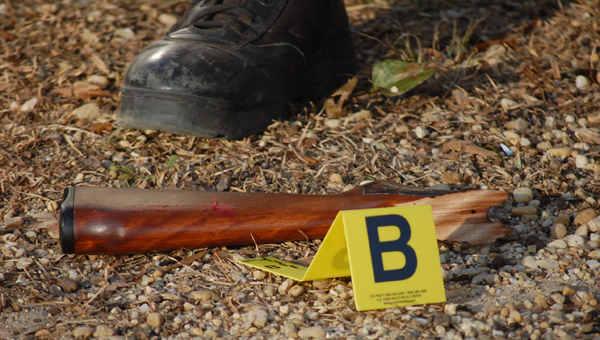 The broken handle of a rifle was among the pieces of evidence collected at the scene of a shooting Thursday afternoon.

Chief Deputy Mike Lambert said Gerald Nelson and Baby “Bobby” Jackson were engaged in a fistfight at a residence on the road off U.S. 31 in north Escambia County.

“Jackson got a gun and allegedly shot Nelson in a lower extremity,” Lambert said. “It was a non-life-threatening wound.

“It appears that the gunshot victim then took the rifle and utilized it as a club, and bludgeoned Jackson with it.”

Both men were taken to D.W. McMillan Memorial Hospital for treatment.

On the scene Thursday, deputies picked up pieces of evidence that included the broken handle of a rifle.

No charges had been made as of Thursday afternoon, but “we anticipate making an arrest in the near future,” Lambert said. 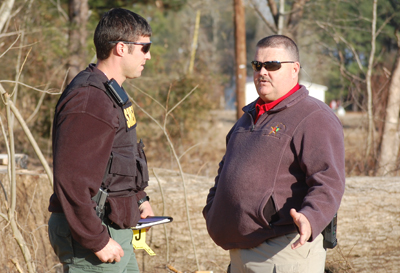 Chief Deputy Mike Lambert, right, talks to a deputy at the scene. 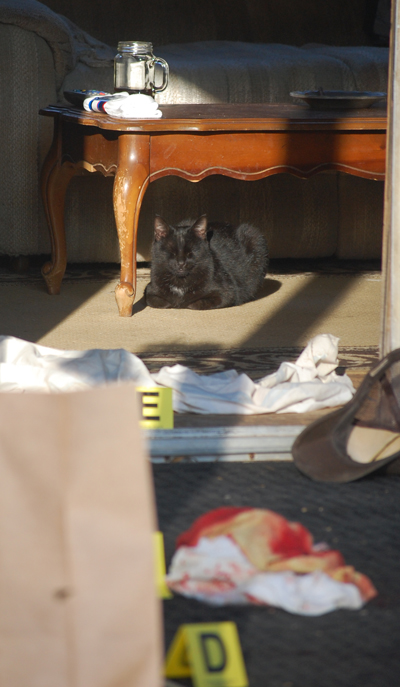 A cat sat serenely in the house after the incident while deputies collected evidence outside. 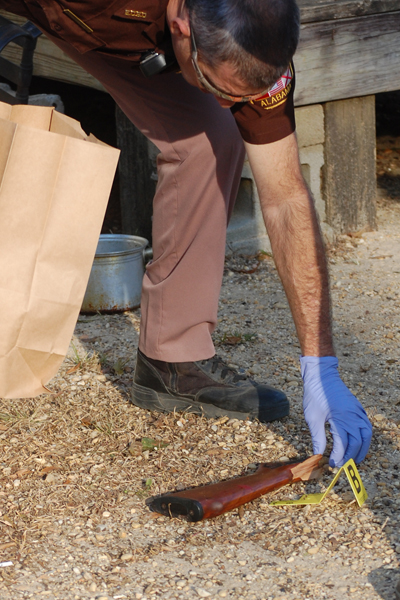 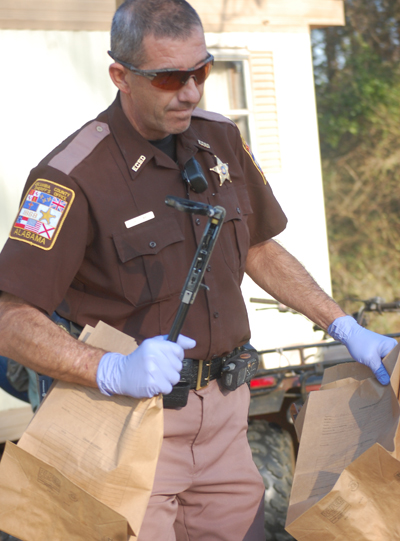