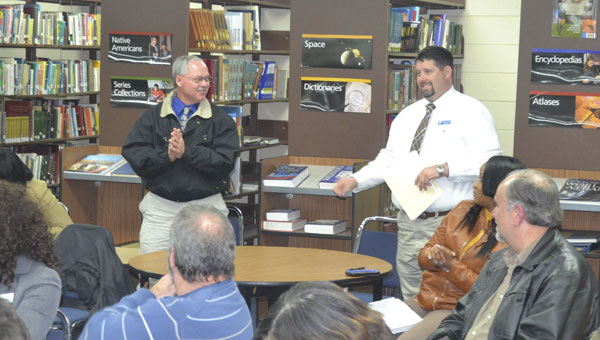 Escambia County High School has hired Royce Young to be its next football coach.

Young had previously served as the offensive coordinator at Cordova High School. He was the head coach of Flomaton High School from 1991 to 1993.

ECHS principal Dennis Fuqua recommended Young to be the school’s next football coach and athletic director at Thursday’s meeting of the Escambia County Board of Education, which was held at the ECHS library.

“He has had success at multiple schools,” Fuqua said. “He is a hard working individual. He has coached multiple sports. He has been the laundry person, he has been the bus driver and he will bring a work ethic to Escambia County High School that is second to none.”

Young said he was excited to come to Atmore. He will begin work Monday, Feb. 3.

“I just want to thank the board and Mr. Fuqua for this opportunity,” he said. “Mr. Fuqua really sold me on his vision for this school, and I’m excited to be a part of it.”