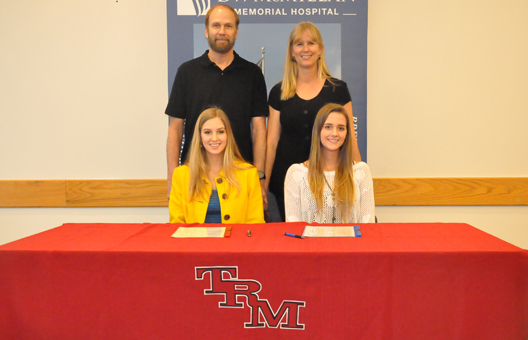 While the Scott and Pauline Nelson family has slowly seen their children run their final cross country races as a T.R. Miller Tiger, they will now have two extra children to see run races on the college level.
On Wednesday afternoon, daughters Katie and Karisa signed college scholarships to Montevallo and Samford respectively. The twins already have siblings Brandon and Amber running cross county at the University of West Alabama. Sister Allie is the lone sibling left to run cross county at T.R. Miller next season.
T.R. Miller cross country coach Rob Atkinson said Katie and Karisa have meant a lot to his team over the years.
“It is hard to put into words just how much Karisa and Katie have meant to the cross country and track programs at T.R. Miller,” Atkinson said. “Their work ethic, character and dedication to the team have been tremendous. Not only have they been great runners but they have also taught our younger runners how to practice and compete. This is a bitter sweet day for me, because I am sad to see them go, but I am also happy that all of their hard work has allowed them to attend two great schools on scholarship. I know that both will be successful at the next level and their best races are still to come. It has truly been a blessing to have coached and watched these young ladies grow up over the past six years.” 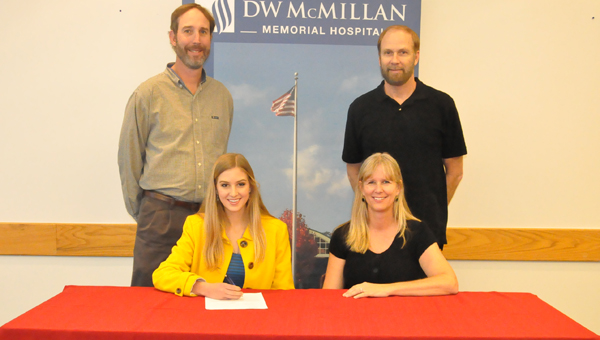 Katie placed third in the state this past year at the class 3A state meet.
“It feels good to sign a scholarship,” she said. “I am really excited. It just had the small-town feeling and everyone was just really nice and pretty and it felt like the right place for me. It just seems like a good place to get an education. I am hoping to get in the low 18s or break the 18s like Karisa.”
Karisa has won many honors in her cross country days at T.R. Miller. Just recently the Gatorade Company, in collaboration with USA TODAY High School Sports, announced Nelson as its 2013-14 Gatorade Alabama Girls Cross Country Runner of the Year. Nelson is the first Gatorade Alabama Girls Cross Country Runner of the Year to be chosen from T.R. Miller High School.
The 5-foot-8 senior distance runner won the Class 3A individual state championship with a time of 17:55.18 this past season, leading the Tigers to second place as a team. Also the Runner of the Year as named by The Mobile Press-Register, Nelson finished 31st at the Foot Locker South Regional championships in 18:01. She captured the Class 3A individual state championship in each of her final five seasons in addition to placing second as a seventh grader in 2008.
“It feels awesome to sign a scholarship,” Karisa said. “Especially because I have worked so hard. I love the people there and how pretty it was and I love Birmingham also. I hope to do as much as I can there and hopefully I can make it to nationals.” 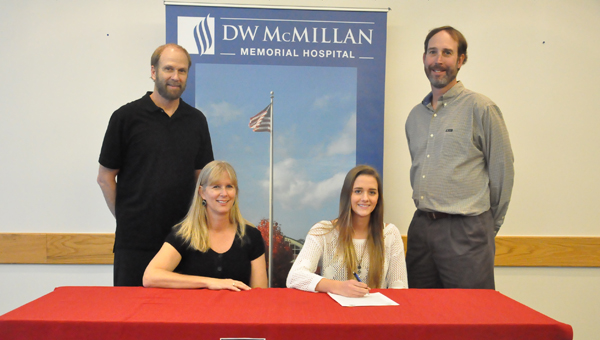