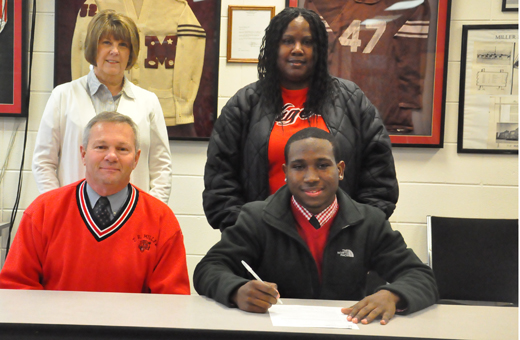 T.R. Miller senior football player Kieon Smith became the third Tiger football player to sign a scholarship in the past week as he signed with Stillman College in Tuscaloosa. Smith will be a wide reciever.
Smith is the sixth local player to sign a college scholarship since Wednesday, and the third to sign a football scholarship.
Please see Wednesday’s edition of the Brewton Standard as well as www.brewtonstandard.com later in the week for the complete story on Smith’s signing.