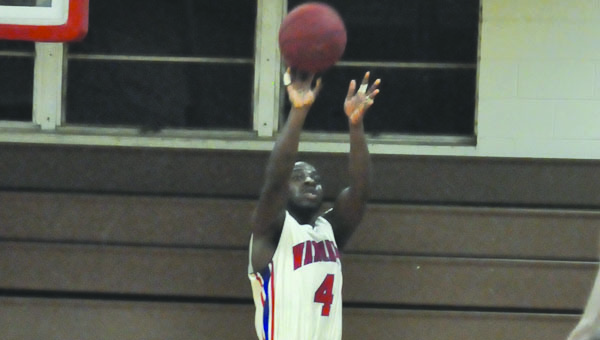 Leading 41-33 after the first half of play Monday night at home against Alabama Southern, the Jefferson Davis Community College Warhawk basketball team was outscored 48-27 in the second half to take a 13-point loss, 81-68. With the loss, the Warhawks fell to 3-17 overall with their seventh straight loss and to 1-11 in conference play.
In the first half, JDCC’s Chris Oden led the Warhawks as he hit seven 3-pointers and tallied 23 points to give the Warhawks the eight-point lead.
In the second half, ASCC opened the half on a 6-0 run to cut JDCC’s lead to 41-39 with 17:31 left in the half.
With JDCC up 48-41 at the 15:30 mark, ASCC used an 11-0 run to grab a 52-48 lead at the 13:17 mark.
After JDCC used a 6-0 run to get within 68-63 with 6:22 left in the game, Alabama Southern outscored JDCC 13-5 the remainder of the game and never looked back as they pulled away late to help seal the win.
Also in the second half, Oden was held to only six points. Oden had only two 3-pointers in the second half.
The Warhawks had eight players score in the loss with Oden leading the way with 29 points. Christian Jones added 18 points and Mikwese Claybourne chipped in nine points.
Anthony Bell had five points while Quan Threatt, Sherman Rountree, and Michael Hutchins all added two points each in the loss. Ty Hairston chipped in one point in the loss.
The Warhawks were 7-for-12 from the free throw line in the loss while ASCC shot 6-for-11.
JDCC will play at LBW Thursday at 7 p.m. and at Faulkner State Saturday at 2 p.m. to end their regular season. Both games are conference games for the Warhawks.