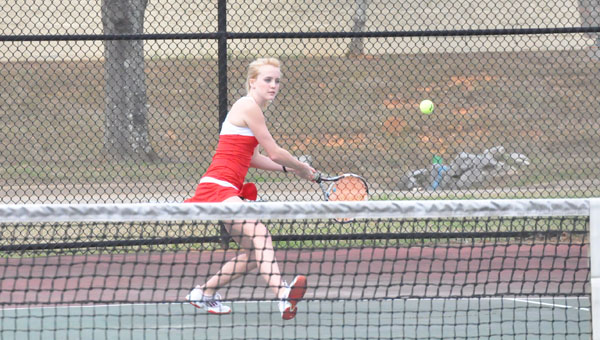 The T.R. Miller boys and girls tennis teams swept all but one home match Tuesday against W.S. Neal to get wins in their first matches of the season.
The T.R. Miller boys won 5-1 to start their year 1-0 while the girls won 4-0 to start their year with a 1-0 record as well.
W.S. Neal’s teams fell to 0-2 with the losses.
T.R. Miller will travel to Andalusia Thursday for a 3:30 p.m. match and will travel to Montgomery Friday to take on Prattville Christian in a 4 p.m. match at the O’Conner Tennis Center.
W.S. Neal will be back in action Thursday at home against Jay at 3 p.m.