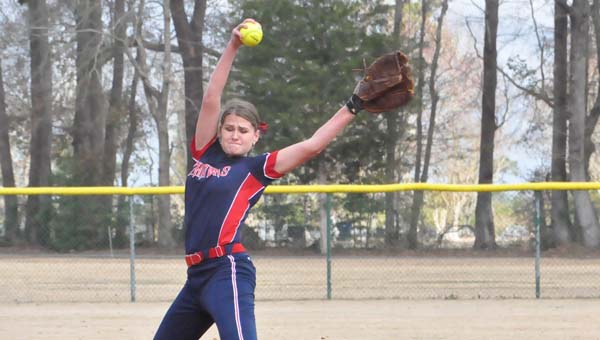 Having one perfect game pitched in a season is a pretty tremendous feat to occur for a team, but seeing two in one season—and on the same day—is even more tremendous.
That is what the Jefferson Davis Community College Lady Warhawk softball team saw Wednesday at home as pitchers Kaitlin Hadaway and Breanna Hall combined to pitch a perfect second game of the doubleheader after Hadaway pitched one in the first game against Ohio University-Chillicothe.
JDCC won game one 8-0 to improve to 4-14 overall and also claimed an 8-0 win in game two to go to 4-15 overall.
In game one, Hadaway struck out nine of the 15 batters she faced and allowed no runs, no hits, no walks and no errors were committed in the five-inning win.
In game two, Hadaway went three innings and Hall went three innings and struck out seven of the 18 batters they faced while allowing no runs, no hits, no walks and no errors were committed in the six-inning win.
“I would first like to say that this was a total team effort,” JDCC head coach Misti Nims said. “With out our errorless defense, our pitching staff would not have been able to throw not one but two perfect games. I am ecstatic that Kaitlin Hadaway earned this tremendous feat. I know that pitching just a no hitter was something she has been striving for throughout her high school career and to get that no hitter along with a perfect game is something she will never forget. I also want to credit Breanna Hall for her contribution in game two. Hall along with Hadaway combined for a perfect game. This was also Breanna’s first perfect and no hit game and I am extremely proud of her as well. Both of these ladies have made history here at JDCC. I have had two or three no hitters but in 13 years, I have never had a team deliver a perfect game. Team 13, you rock.”
Hadaway said pitching a perfect game in college feels great.
“All your hard work finally pays off,” Hadaway said. “I was happy with myself for not walking anyone. I let the batters hit the ball and the defense had my back the whole time. That’s all I could ask of my team and I couldn’t be happier. I still have a lot of work to do and so much room for improvement.”
In game one, JDCC scored one run in the first inning, three in the second, and two each in the fourth and fifth innings to get the win.
At the plate, Katilyn Kenfield, Audrey Hamric and Laura Zeegers all had hits. Mindy Walker, Hall and Caroline Clark had two hits each while Jessica Swindle had three hits. Zeegers, Walker, Swindle and Hall all had doubles.
Zeegers and Swindle had three RBIs each while Walker had two.
In game two, JDCC scored one run in the third inning, five in the fifth and two more in the sixth inning to get the eight-run win.
Hamric, Walker, Swindle, Hall, Rachel Seitz, Clark, Moriah Trujillo and Paige Wooley all had hits each.
Hamric had three, Walker, Swindle, Clark and Trujillo had two each with Clark and Trujillo having a double each.
Zeegers, Walker, Hall and Trujillo had one RBI each while Swindle and Clark had two each.
JDCC will host Three Rivers Saturday at home at 1 and 3 p.m. and Carl Sandurg on Sunday at 11 a.m. and Saint Louis at 1 p.m. 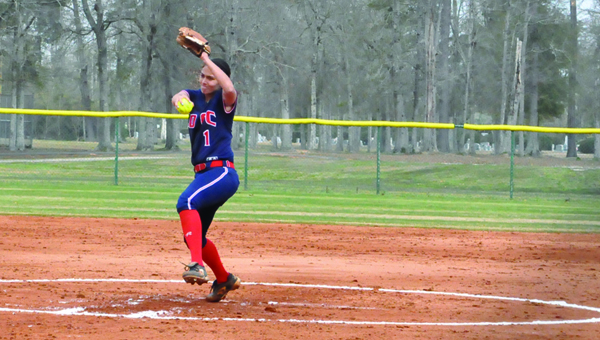