Clemente R. Brooks Sr., 52, of Dixon Road, Flomaton, is facing charges of third-degree robbery and first-degree theft of property. He was transported to the Escambia County Detention Center.

According to school officials, Brooks works as a fifth grade teacher at FES. 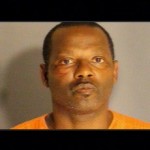 Doyle “Butch” Lee, assistant chief with the Poarch Tribal Police Department, said that Brooks was in the casino’s parking lot at about 9:45 p.m. Tuesday, when he approached two people — an elderly woman, and that woman’s younger daughter.

Lee said Brooks came up behind the two women and grabbed the older woman’s purse, and attempted to grab the daughter’s purse as well. Lee said the daughter was able to fend Brooks off, and Brooks then ran away with the mother’s purse.

Lee said the two women came back into the casino to report the theft to casino security.

Although Brooks was not apprehended at the time of the theft, Lee said enough evidence was available — including video surveillance – to consider him the prime suspect. Tribal Police called Brooks in for questioning Wednesday morning, and he was arrested at 10:30 a.m.

Lee said the purse, which held about $400, was recovered.