Hoomes, who is running as a Republican, is a 1993 of W.S. Neal High School and firefighter and EMT graduate of the Alabama Fire College. He is currently employed as the assistant fire chief with the East Brewton Fire Department and as a sergeant with the Brewton Fire Department. Prior to becoming a firefighter, Hoomes worked for more than 10 years as a retail manager in the Brewton and Pensacola, Fla., areas. 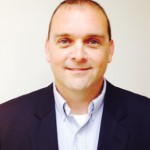 Hoomes and his wife, Kim, have three children – Walker, 10; Weston, 6; and Sophia, 2 – who are the reasons behind his decision to run for school board.

“I care about what’s going on with our schools, and I want to be involved,” Hoomes said. “I feel like I’ve been called to public service, and running for public office is a natural progression for me. Working for fire departments, volunteering my time with different organizations, working with others to get things accomplished – that’s how I felt called to run. I’ve always had an interest in politics from high school on.”

Hoomes said he finalized his decision when he learned that current seat holder Mike Goolsby was not seeking re-election.

“I’d been thinking of running for a couple of years, and when I found out that (Goolsby) wasn’t running, I knew that spot would be open,” he said. “Being involved in the East Brewton Community and having kids getting into the system, I have a vested interest in what’s going on.
“I couldn’t run against (Goolsby) because he’s family, but when I found out he wasn’t going to run, it made my mind up.”

Hoomes said if elected, he will put the “children first.”

“I feel that I will bring a parent’s perspective to the board and that my willingness to put the children first in the decision making process, and specifically in the education process, will make me a good school board member,” Hoomes said.