In 2010, Peacock narrowly lost his primary bid for this same seat, receiving 49 percent of the vote in a two-way race.

Peacock said the main focus of his candidacy would be economic development.

“Southwest Alabama faces many economic challenges, but also many economic opportunities,” Peacock said. “We must have a state senator that understands economic development. As a small businessman, I know what it takes to get the economy moving.” 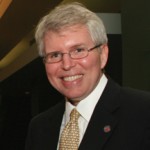 Peacock laid out an agenda for economic development that includes tax incentives, promotion of entrepreneurship and education reform.

Peacock is active in his community. He is a member of the Atmore First Presbyterian Church and previously served as vice president of the Atmore Lions Club and as a board member of the Atmore Area Chamber of Commerce. A staunch Republican, Peacock is very active in the Alabama Republican Party, serving as ALGOP Regional Vice-Chair for the 1st and 2nd Congressional Districts. He has also served as chairman of the Escambia County Republican Party, delegate to the 2012 Republican National Convention and Alabama Grassroots Chairman for the 2012 Romney/Ryan Presidential campaign.
Senate District 22 encompasses portions of Baldwin, Choctaw, Clarke, Conecuh, Escambia, Mobile, Monroe and Washington counties. The Republican primary will be held June 3.