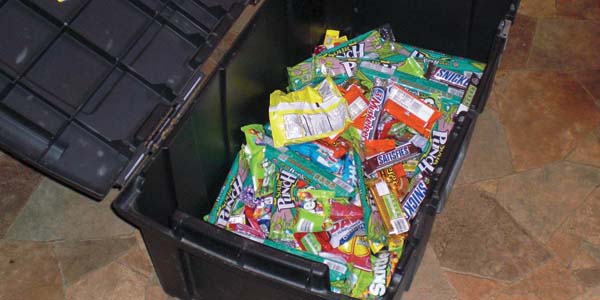 “This was a good investigation,” Brazile said. “We followed the evidence and were able to recover most of the merchandise that was taken. Minus what had been eaten, of course.”

Brazile said the trio did damage the concession stand; however, repairs have been made and the candy returned in time for play this week at the fields.

Cardwell and the two teens – age 14 and 17 – are charged with burglary III, criminal mischief II and theft of property II.

Brazile said that one juvenile is facing a second set of burglary and theft charges after he first broke into the stand between Friday night and Saturday morning.