By DAVID RAINER
Alabama Department of Conservation and Natural Resources

In its last meeting of 2014, the Alabama Conservation Advisory Board approved a February deer season for most of the southern half of the state with one boundary tweak in Henry County, approved changes to the alligator season and agreed to implement a reporting system for red snapper landed in Alabama.

Alabama Wildlife and Freshwater Fisheries (WFF) Director Chuck Sykes said Wildlife Section personnel are continuing to take samples at many locations throughout the state. However, since the last board meeting, they have focused reproduction studies on the areas along the Chattahoochee River to determine if a February deer season is justified.

“The areas we looked at were Houston and Henry counties, the top part of Barbour and Russell counties to see if we could fine-tune those lines,” Sykes said at the State Capitol Auditorium. “Our guys have done an outstanding job, as usual, getting out and getting this done. Twenty-one deer were sampled in Henry County at four sites. About 95 percent of those were bred before or on Jan. 31.”

“So we have made adjustments to the boundaries,” he said. “Barbour and Russell counties will stay the same as proposed at the previous board meeting. But there was some tweaking done in Henry County. Sykes said one small portion of Henry was put back under north zone regulations for a better line definition (see map) for both hunters and Conservation enforcement officers.”

Sykes said the implementation of an alligator season in Alabama has been one of the most popular actions taken by the department in a long time. In turn, WWF biologists are learning more and more about the alligator population in the state each year. Because of that increased knowledge and input from the public, the alligator season in 2014 will have several adjustments.

“We’re changing the way the alligator applications will be processed,” Sykes said. “Last year, a person could apply as many times as they wanted to. This year, we are going to one application per person per zone. That’s all we’re going to take.”

The alligator season is broken into three zones – the Mobile-Tensaw Delta, the West Central, which is comprised of the counties of Dallas, Monroe north of U.S. Highway 84 and Wilcox; and the Southeast, which includes the counties of Barbour, Coffee, Covington, Dale, Geneva, Henry, Houston and Russell.

“In the Southeast, we are instituting an 8-foot length minimum before you can harvest an alligator in that zone,” Sykes said. “The reason is we’re trying to protect females. Most of the females are in the 6- to 8-foot range. Habitat quality and nest predation are limiting recruitment in that area, so we’re instituting the 8-foot minimum to protect those females.”

The alligator season application cost has been raised to $20, compared to $5 in previous years. The reason, according to Conservation Commissioner N. Gunter Guy Jr., is to be able to offset the administrative costs associated with the alligator season.

“I just want to make it clear that the $20 is not the cost of the tag,” Commissioner Guy said. “That is the fee for the administrative costs. The tags are still free. The one thing you do have to have is a hunting license, at least a small game license, to be eligible to hunt alligators.”

Sykes explained further that in previous years, the alligator season raised about $85,000 in revenues through application fees, and it cost about $85,000 to administer the program.

“If the same amount of people apply this year, it should be a wash,” Sykes said. “We’re not trying to make money off of this program. We’re just trying to pay for the administrative process.”

One big change over the past is the draw for the alligator tags. Sykes said because of the luck of the draw, some applicants have not been drawn in five or six years while others seem to be drawn every year.

The Board also approved a WFF proposal that changed the trapping regulations for raccoons and opossums. Trappers will be able to take those two species year-round under a special permit available from WFF district offices or from WFF personnel.

“This will allow people to trap raccoons and possums year-round on private land,” Sykes said. “In the past, you were not allowed to do that. All you’ve got to do is get that special permit, just like the feral hog permit.”

“Those numbers are not good,” said Sykes about Game Check compliance. “But we’re going to ask the system be voluntary again and hope that the hunters saw this year that it was not government overreach. It was not us trying to get in your business. We’re just trying to get better data to make the best management decisions we can for the future of hunting in Alabama. We’ll evaluate the numbers again next year and come back to the board with our recommendations.”

“We do have good consensus on that,” Blankenship said. “We have letters of support from the Orange Beach Fishing Association, the Coastal Conservation Association, Dauphin Island Marina and many charter-boat captains and e-mails of support from many recreational fishermen. We feel like if we can actually show what’s being landed in Alabama, that we can improve the process in the way they set the red snapper season. And, as we try to take over the management of red snapper from the federal government, the red snapper-reporting system will be integral in being able to do that.”

The board approved a resolution to support Marine Resources’ efforts to improve the fisheries data collection, extension of state waters for fisheries management to 9 miles and improved long-term management of red snapper. The board also approved a bag limit of 10 vermilion snapper per angler per day.

During public testimony, Arrion Tucker of Guntersville asked the board to consider a 1,000-hook limit per person per day for catfishing on the Tennessee River. A third-generation commercial fisherman, Tucker said some operations are deploying between 5,000 and 10,000 hooks and it is impacting the catfish populations on the river. Currently, there is no hook number restriction on resident fishermen. Non-residents are limited to 100 hooks per person per day.

With the increase in knowledge and advancement in equipment and technology, Tucker said deploying more than 1,000 hooks per fishermen could result in an unsustainable harvest in the river.

“I believe with this hook restriction that our Tennessee River lakes could recover in three to five years to the best it’s ever been,” Tucker said.

Board member Grady Hartzog asked the Alabama Wildlife and Freshwater Fisheries Division to look into Tucker’s request and report to the board at its first meeting in 2015. 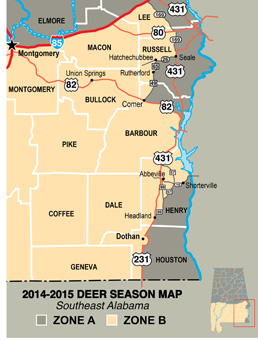 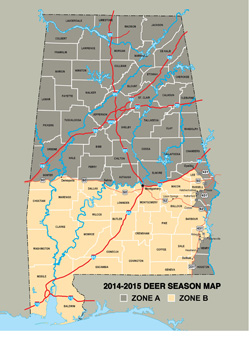