Voter turnout in Tuesday’s primary election was low countywide, but “good” in Brewton and the surrounding areas.

Probate Judge Robert Agerton said turnout was as he expected, and it was indicative of 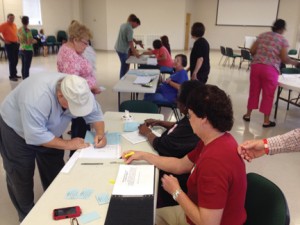 “In the areas of Brewton, East Brewton and Appleton, people came to vote for their candidate,” Agerton said. “Overall, countywide, people just didn’t show up to the polls, but we expected that.”