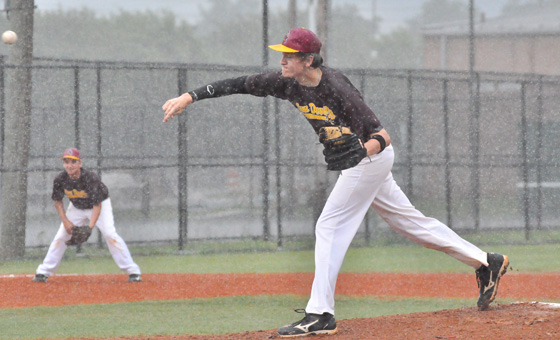 Andrew Etheridge pitches for Arizona State against South Carolina Monday in the rain. The game was called with USC leading ASU 1-0 in the top of the first inning.

Monday’s Babe Ruth games were rained out and will be made up at a later date. When the rains came, South Carolina led Arizona State 1-0 in the top of the first inning with a runner on third and two outs.
Games will now be played at 4, 5:45, and 7:15 p.m. Tuesday and Thursday to help makeup games.