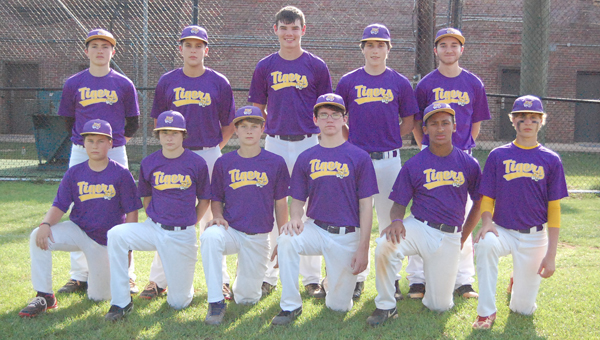 South Carolina 9, LSU 6
The South Carolina Gamecocks overcame a disastrous second inning to rally and defeat LSU Thursday in their season finale by a score of 9-6.
Leading 2-0 in the second inning, South Carolina walked six LSU batters and hit two while not giving up a hit to fall behind 5-2.
After tying the game up 5-5 in the third inning, South Carolina fell behind 6-5 in the fourth inning.
In the fifth inning, the Gamecocks plated four runs on three hits and one LSU error to take a 9-6 lead. South Carolina would go on and get the win by three. The Gamecocks had one hit in the game leading up to the fifth and final inning.
Combined, the game saw only five total hits, 13 walks issued and five hit batters.
For South Carolina, Caleb Winton, Aaron Bosarge and Joshua Winton all pitched. Bosarge claimed the win while Joshua Winton earned the save.
Overall, the Gamecocks trio combined to allowed one hit, six runs, four earned, walked eight, struck out five and hit three batters.
Offensively for South Carolina, Joshua Winton had a double and Derrick Barton had a double and a triple and one RBI.
Preston Townson added a double and one RBI while Troy Lewis had two RBIs.
For LSU, Stokes Jennings earned the start on the mound and the no decision while Brandon Moye took the loss in relief.
Jennings and Moye combined to allowed four hits, nine runs, five earned, walked five, struck out five and hit two batters.
Conner Huskey had the lone hit for LSU. Huskey had a double and one RBI while Moye, Jennings, and Kristian Taylor all had one RBI each.

Arizona State 6, Arkansas 5
After seeing Arkansas score four runs in the first inning and bat around, Arizona State outscored the Razorbacks 6-1 the remainder of the game to end their season with a 6-5, one-run win.
Down 4-0 after one inning, Arizona State added one run each in the second, third, and fourth innings to cut the lead to 4-3. After Arkansas added their final run in the bottom of the fourth to grab a 5-3 lead, Arizona State added three runs in the fifth inning to get the one-run win.
Andrew Etheridge, Matt Smith and Russell Smith pitched in the win with Matt Smith getting the win and Russell Smith the save.
The trio combined to go six innings and allowed eight hits, five runs, three earned, walked none, struck out five and hit one batter.
At the plate for the Sun Devils, Jordan Williams had a hot bat with two doubles and one RBI while Russell Smith had two singles and two RBIs. Etheridge had a single and a double.
For Arkansas in the loss, Matt Hutchins had a double and Garrett Salter had a single. Jo Jo Booker added two singles and one RBI while Weston Riddle had two singles and one RBI as well.
Austin Rowell chipped in one single while Caleb Kaylor had a single and one RBI.
Riddle took the loss on the mound as he went the first five innings and allowed six hits, six runs, three earned, walked two, struck out five and hit two batters.
Booker went the final inning and struck out two.