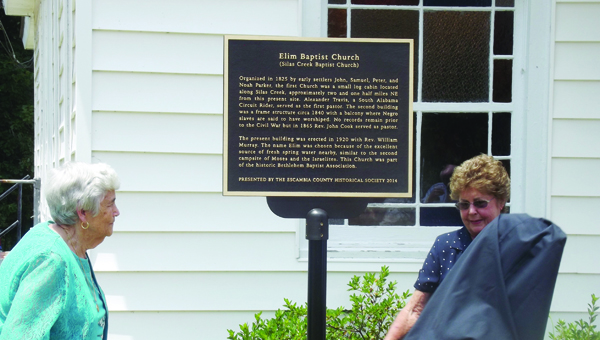 Story and photos
By Lydia Grimes

A large group of members, past members and friends gathered at Elim Baptist Church on Sunday, Feb. 22, to celebrate its 189th anniversary. In commemoration of the church and its longevity, the Escambia County Historical Society dedicated an historical marker in memory of the early settlers who founded the church in 1825. Doctor Dale Huff, director of Leadercare and Administration at the State Board of Missions in Montgomery, was the featured speaker. Ron Headley, pastor of the church, was also one of the speakers.
Elim was founded by members of the large Parker family who migrated to this part of the country from Georgia. They brought with them strong spiritual beliefs that made them want to establish a place to practice their faith. Noah Parker was one of the original pioneers and he was also a Baptist minister. The Rev. Alexander Travis was a circuit rider who, along with the Rev. Parker, served as the first pastors of the church. Elim was so named after the second camping site of Moses and the Israelites after crossing the Red Sea.
It is interesting to note that among the present members of the church are many descendants of the original Parker families.
The first meeting place for the worshipers most probably was a brush arbor, followed by the first building, located on Silas Creek.
Later the church would be moved to its present location. Today it wears the title of being the oldest church in the county.
The service on Sunday preceded a “dinner on the ground” and was followed by the presentation of the historical marker.
Some of the visitors then went on a pilgrimage to see the original cemetery located on Noah’s Hill a couple of miles away.
This cemetery sits on a hill and although none of the grave sites are marked with legible names, one was identified as being the grave of Winnie Hunt Parker, the wife of John Parker. He was one of the original settlers. The graves in the cemetery are marked with large iron stone rocks.
Those gathered at the site told some of their own memories. A prayer was then led by Sally Finlay, president of the Escambia County Historical Society 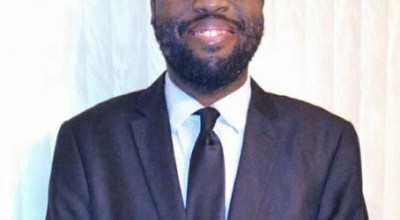