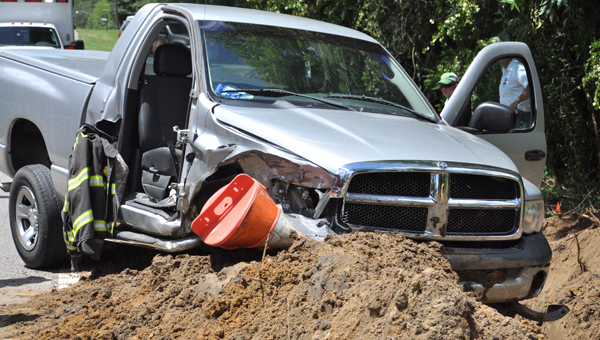 A wreck on U.S. 31 North could have been a lot worse than it was late Wednesday morning as two vehicles collided just south of Old Castleberry Road after an 18-wheeler caused a traffic barrel to be blown onto the road.
The barrel caused one car to swerve to miss the barrel and collide with another vehicle.
City of Brewton utility workers were in the area working on a gas line when the accident happened between the Dodge truck and a Nissan Altima.
One driver was taken by ambulance while another was taken by personal vehicle.
No other details from the wreck were known as of press time.
As soon as an accident report is filed and received, we will update the information.
Please use caution in the area as utility work continues.
Brewton Standard’s Facebook page photo album:
https://www.facebook.com/media/set/?set=a.10152098859992143.1073741841.73324917142&type=1 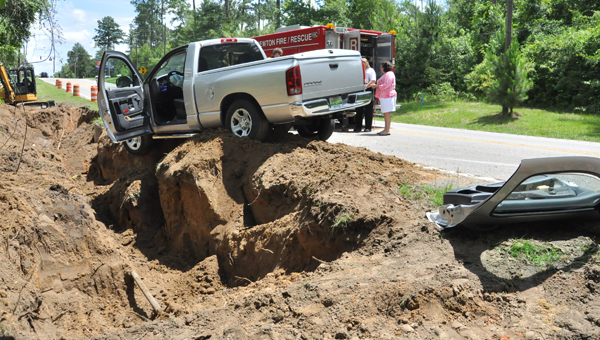 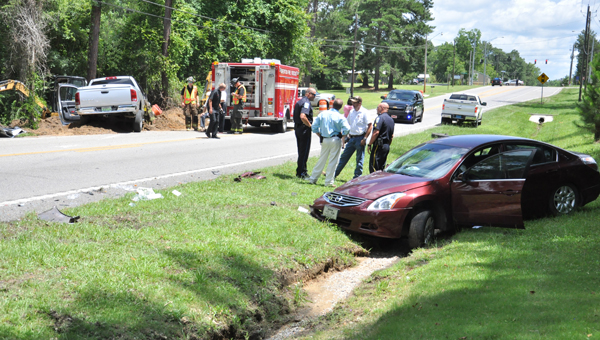