FCA Camp comes to an end 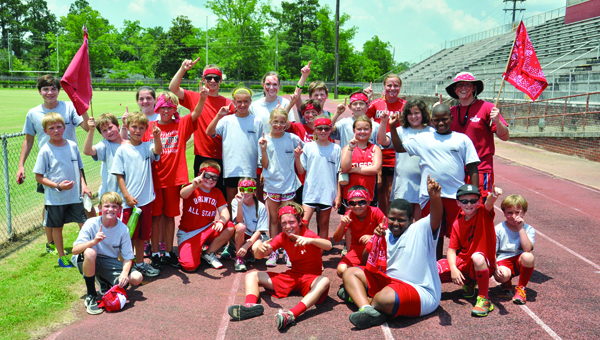 The ninth annual Brewton FCA Camp came to an end Thursday.
Camp organizer Randy Winton said this year’s camp was by far the best one.
“We had a great week,” Winton said during the camp’s final devotion Thursday in the T.R. Miller field house. “We had great campers and leaders. It was hot, but never did anyone get grumpy. Everyone encouraged everyone.”
T.R. Miller Tiger head football coach once again closed out the camp with the week’s final devotion. Riggs talked to the kids about being different and following God’s path he has for them.
“Joshua and Caleb Winton are identical twins, but they are also different,” Riggs told the campers. “Joshua came first, but they are different because God created them different. God created us all different. It is OK to be different.”
Along with the Winton twins, Riggs illustrated his devotion with a painting of a Tiger he had in the field house.
“Your life is like a painting,” he said. “God created you like someone painting a painting. God is creating your life. He knows what he wants it to look like. Your painting is not complete yet. Sometimes we wont let God paint it. We take the brush out of his hands and try to paint it ourselves, but then we realized we have gone crazy and made a mess. Jeremiah 29:11 says God has a plan for your life. God knows the ending of our paintings. Focus on recognizing the path you need to travel and let God paint your painting. God will show you your path.”
Four sets of identical twins were at the 2014 FCA Camp. 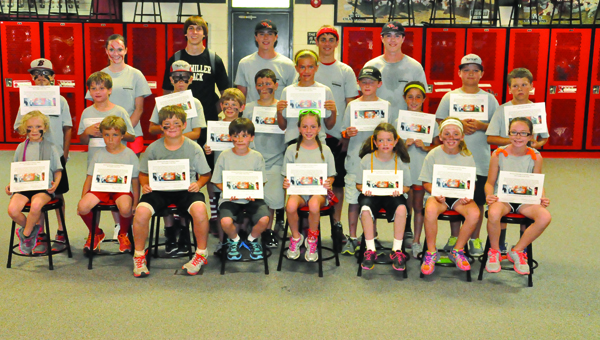 Campers of the Week 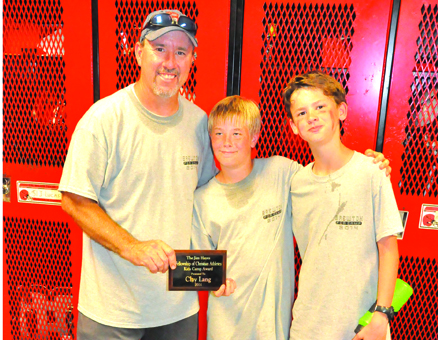