A jury convicted a Brewton woman Monday for sodomizing and sexually abusing her daughter in 2008. 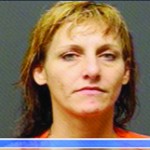 “Since her victim was a child less than 12, the sexual abuse charge carries a minimum 10-year sentence,” Billy said. “First-degree sodomy is a Class A felony and is defined as deviant sexual intercourse with a child under 12. It carries a penalty of 20 years to life.”

Billy said Satterwhite has previous felony convictions, which will play a role in her Aug. 13 sentencing.

Police became involved in the case after the department of human resources removed the child from the family’s Hall Creek Road home in 2008.

Satterwhite, who is one of three people charged in the case, was arrested and then indicted on the charges in 2011, he said.

“This was her biological child,” Billy said. “DHR picked up the child in November 2008 and began counseling the child for behavioral issues in 2009. That’s when the child disclosed the sexual allegations. It took a process to get the child to open up.”

An interview with the child at the Child Advocacy Center revealed further details of abuse, Billy said.

“Finding (Satterwhite) guilty was a hard decision for the jury,” Billy said. “The facts in this case are harsh and hard to deal with. The details the jury had to hear were disgusting. I told them in closing arguments that we gauge society on how we treat our old and our young. (Monday) they did a great job seeking justice for this child.”

Billy said the two others charged in the case – Jed Grimes and the defendant’s son Colby Satterwhite – are also scheduled for trial.