Two Brewton men were arrested Monday in connection with a multi-county theft ring that put four others behind bars in December.

The 2013 arrests, which led to the recovery of “hundreds of thousands of

dollars worth of property,” was described as “a big win for Escambia, Baldwin and Covington county agencies.”

On Monday, Escambia County Sheriff Grover Smith said the arrests of 74-year-old-Dale Struble and 40-year-old Waylon Thompson are the first of many future arrests in the case.

“This group was linked to burglaries and thefts in five counties – Escambia, 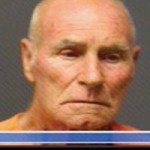 Covington and Baldwin in Alabama and Santa Rosa

and Escambia in Florida,” he said. “In December, we were able to watched (Pete Jimenez) as he went into Timberline Homes here in Brewton and made about three trips in and out burglarizing the place and stealing furniture. From other information we

gathered, we were able to get three others, and now, these two.” 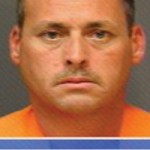 When deputies went to Struble’s Brewton home, they recovered Honda 4-wheelers from Baldwin and Covington counties; a tractor trailer stolen from Covington County and a utility trailer taken from another county.

Struble is charged with three counts of receiving stolen property II and is being held on a $10,000 bond in the Escambia County Detention Center.

Previously, Chief Deputy Mike Lambert described the scenario where people purchased the stolen property, stating that it was typically sold to unsuspecting buyers at a price well below its actual retail value.

“They would steal, let’s say a trailer worth $1,000, then give someone a sob story about needing to sell it to pay a bill or buy Christmas presents,” Lambert said. “They’d sell it for like $300, which is a deal. People were sucking it up.”

In December, deputies recovered “hundreds of thousands dollars of stolen property” and returned it to area businesses.

Previously arrested in connection with the case were Pete Jimenez and Joni Blair Diamond, both East Brewton; Paul Daw; and Bobby Thompson Jr., also known as “Peter Ray Thompson,” both of Brewton.