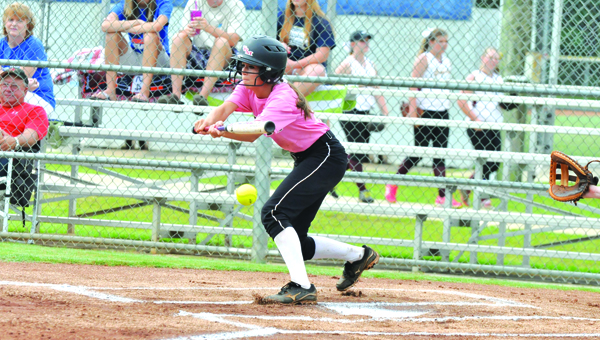 T.R. Miller’s softball team hosted a summer play-date Thursday. There were six teams in the tournament (T.R. Miller, Jay, Robertsdale, Clarke County, Daphne and Kinston). T.R. Miller defeated Jay in their first game 8-5 and then took down Robertsdale 4-1.
In the next two games, T.R. Miller lost to 5-1 and then to Daphne by a score of 7-3.
TRM head coach Greg White said he has been pleased with his team this summer, although it is still early.
“It was a good day today,” White said. “We went 2-2. It was shortened games, so we may have not went 2-2 or we could have really went 2-2 if we had played the whole games. We had a chance and we were in every game, even in the last game where we struggled in the first inning. We finished strong. As for the overall day, it went great. Every kid got to play and bat and everyone contributed in some way. We have a lot of young guys who got some playing time and that is going to be important next spring.”
As far as the summer, we have done a great job so far,” White said.
“We have had a great month of June,” White said. “We are going to take off the week of July 4th and we will come back at it the following week. I could not have asked for more out of them. Overall, I thought we played well on defense in this tournament and last week against Northview. We had a few blunders but I thought we played solid. We have to get our pitching fine-tuned, but that is one position you have to work at year round. There is always room for improvement when you get a bat in your hand. We need to improve there and we will work on that every single day.”