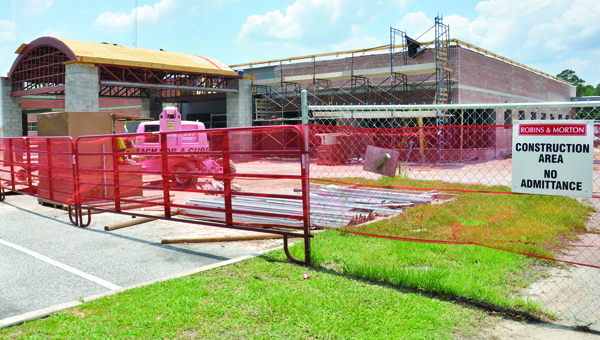 The public can get their first view of the new emergency room department at D.W. McMillan Hospital on Friday.
Tours of the expansion project and an open house will be conducted between 1:30 p.m. and 3:30 p.m. Featured in the tour will be the new emergency department addition currently under construction on the north end of the hospital. Conducting the tours will be the construction company in charge of completing the expansion as well as hospital officials.
“We wanted to give everyone a chance to walk through the new addition,” said Chris Griffin, hospital administrator. “Although we’re not finished, everyone should get a good idea of how the new emergency and outpatient departments will be laid out.”
Included in the $11 million hospital expansion is the new emergency department, new operating suites and multiple upgrades and remodels. Anyone planning to attend should park in the new parking lot north of the hospital and enter under the new porta-cochere.
Completion is slated for the end of the year.
After work is completed on this phase of the project, work will begin on renovating the current interior of the ER area, as well as the whole hall housing radiology, surgical suites, outpatient clinics and anesthesia.
“Call it a face lift,” hospital officials said.