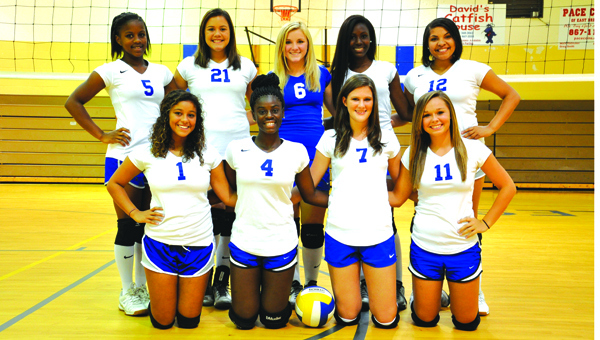 Although the 2014 season comes with a new classification and new area opponents, second year W.S. Neal head coach Jason Blaney is looking forward to the upcoming season.
“The season is going to be new to us with us being in a new area with UMS-Wright and Satsuma,” he said. “I don’t know what to expect from them and our area play is going to be a one-day tri-match. That is going to be tough. We will be traveling the farthest and playing back-to-back games. But, there will still be an area tournament at the end of the year and our area games are going to be the second week of the season.”
Blaney said he likes his team’s chances of moving on this year in the area and moving on further also into the playoffs.
“I am just hoping that every game we get better and better and I hope the JV will keep getting better to help their transition to varsity,” Blaney said. “I hope the varsity will continue to get better as well.”
This year’s varsity team shows nine players with two being seniors, five being juniors, and two sophomores.
“Our setter, Tykeria Nolan, ever since she has been back after her two obligations at the beginning of the summer, she has been lights out,” Blaney said. “She has not taken any time off at all. Last week, she really has been key in her setting, her vocal leadership, and her moving. That is all important. Our other senior, Jodi Busby, has really worked on her aggressiveness at the net. You can see that in her hitting. We have a great junior class. We had five juniors that have really stepped up and two sophomores. Haleigh Dubose is just a hard hitter and we also have Dinah Samuel.”
Blaney said his newcomers are getting better as well.
“A couple of newcomers to varsity are Tiffany Robinson, who is just extremely athletic and D.D. Williams who will mainly be a back row player for us,” Blaney said. “Alyssa English has learned every role from setter to back row to libero to help out with some things with our libero Madison Winchester. I am just really looking forward to this year. We lost Jasmine Crook and Tiffany Sawyer from last year. We hated to lose them, but every year since I have been here, we get better and better than before and I am just really excited about the year.
Go Eagles.” 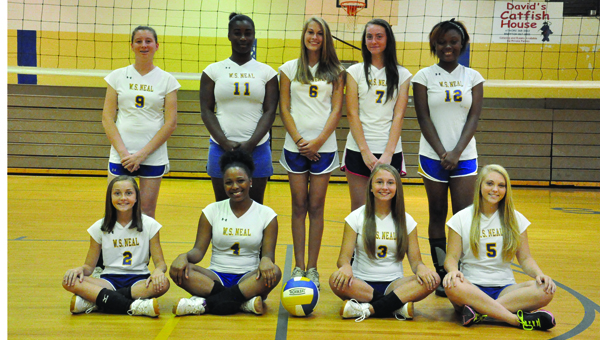