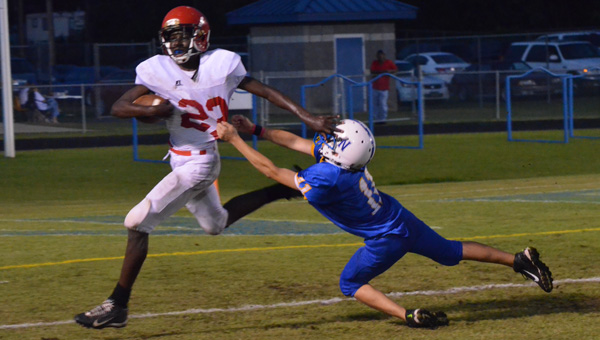 In a game that went down to the final seconds Thursday night in East Brewton, the Brewton Middle School football team edged out W.S. Neal Middle School 8-6 to end WSNMS’s 12-game winning streak.
The two-point win improved Brewton to 4-2 as the Tigers have now won four-straight after starting the season 0-2. WSNMS fell to 5-1.
WSNMS’ last loss came to Brewton during the 2012 season on Thursday, Oct. 4, when Brewton won 36-6.
W.S. Neal went on to win their final game that season over Excel and went a perfect 6-0 last season. The Eagles were 5-0 entering Thursday’s game.
In the seventh grade game Thursday, W.S. Neal won 8-0. Aquarious Taylor scored the lone touchdown of the game as he scored on a 31-yard run with 5:53 left in the game. Christian Madden added the two-point conversion.
Taylor led WSNMS with 38 yards on three carries and one touchdown.
For BMS, Cobi Godwin had 20 yards on seven carries while Cam Knapp had 14 yards on five carries in the loss.
In eighth grade action, Brewton got on the board first when quarterback Matt Smith hooked up with Jamal Duggans for a 71-yard touchdown with 7:48 left in the first half. Toby Jenkins added the two-point conversion.
The touchdown came after Brewton stopped WSNMS inside the 4-yard line on the previous series. A 15-yard unsportsmanlike conduct penalty in the series helped BMS get the stop.
BMS would lead 8-0 at the half, but WSNMS scored on their first play of the second half as Nate Hutcheson scored on a 61-yard run with 7:49 left in the third quarter. The two-point conversion failed as Brewton led by two points after three quarters.
With Brewton holding on to their slim lead, WSNMS got an interception late in the game and started at their own 18-yard line with 2:57 left in the game.
WSNMS would get to the Brewton 10-yard line with 25.7 seconds left in the game.
Brewton’s defense, along with a few bad snaps from WSNMS, held on for the win to end the Eagles’ 12-game winning streak.
For Brewton, Cody Hall had 12 carries for 51 yards and Jenkins added 42 yards on six carries.
Smith went 2-for-5 passing for 73 yards and had one touchdown and one interception.
Duggans had one catch for 71 yards and Colby Morris had one for two yards.
For WSNMS, Hutcheson had 86 yards on 18 carries and had one touchdown while Zack Baxter had 46 yards on nine carries.
Quarterback Matt Thomas went 5-for-10 passing with 89 yards. Taylor Fountain had three catches for 54 yards to lead in the loss.
Brewton tallied five first downs while WSNMS had 11.
BMS had 87 yards rushing on 22 carries and 73 in the air for a total of 160 yards of offense. The Tigers had two fumbles and lost one.
WSNMS had 11 first downs and had 92 yards on 33 carries. The Eagles had 89 yards in the air for a total of 181 yards of offense. WSNMS had four fumbles and lost one.
Both teams will end their seasons with road games at Atmore. W.S. Neal Middle School will travel to Atmore on Thursday, Oct. 9 while BMS will travel to Atmore on Thursday, Oct. 16. 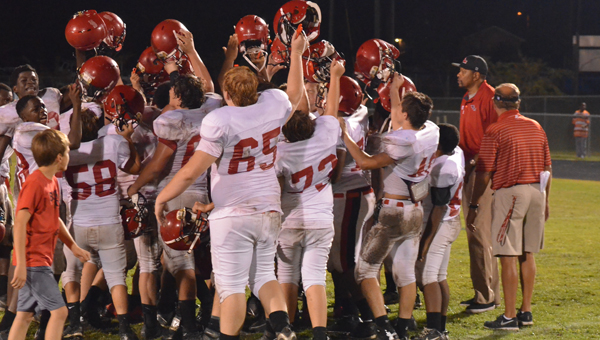