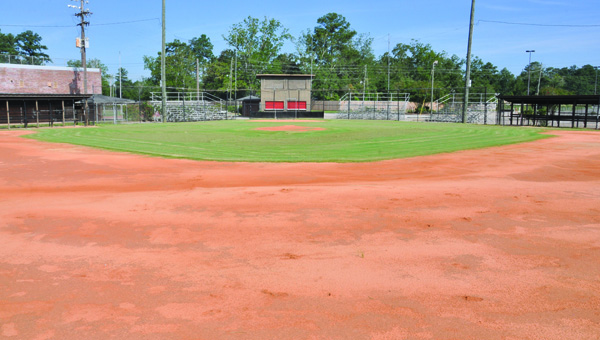 The Brewton City school board signed off on a $1.85 million renovation project for the T.R. Miller football and baseball complexes Monday.
The project, which is the final stages of a major renovation session at TRM, was part of the school’s five-year capital improvement plan. Work at the fields should be let for bids at the end of December, Superintendent Lynn Smith said.
McKee and Associates will serve as architects, Smith said.
“This is pretty amazing to me,” Board Chairman Stephanie Walker said of the project that will install new lighting, as well as seating and an entrance ramp for disabled visitors and a brick façade and ticket booth “dress up” at the football stadium.
Significant work will also be done at the baseball field.
“We’re talking about new lights, fencing, dug outs, locker rooms, concession stand and press box,” Smith said. “These plans may change, but they’re as close as we could get to the dollar amount we wanted.”
The projects will be paid for using funds from a $3.5 million capital outlay fund, which includes a $500,000 donation designated for the baseball project.
Smith said the fund will also be used to cover interest payments for the ongoing TRM construction project.
“(We were told) they’d like to let it for bids in December, but I think it will be more like January,” Smith said. Once the lowest bid is chosen, work should begin in the spring.
“I’m thinking maybe March,” he said. “They’ll start work in the football stadium and then move on to the baseball field. Everything should be done by the start of football season.”