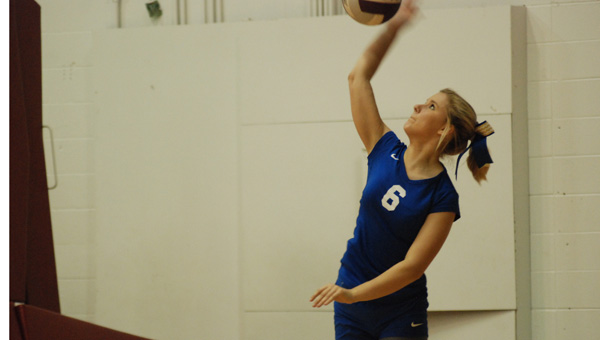 W.S. Neal’s varsity volleyball team clinched a spot in the class 4A South Super Regionals Tuesday as they finished runner-up in the class 4A, area 1 tournament at UMS-Wright.
The Lady Eagles downed Satsuma 3-1 in the semifinals to clinch the regional berth. In the tournament championship game, the Lady Eagles lost to UMS-Wright 3-0.
Against Satsuma, WSN won set one 25-20, set two 25-16, lost set three 16-25, but won a fourth set thriller by a score of 34-32.
Against UMS-Wright, WSN lost 25-11, 25-17, and 25-15.
With the 1-1 record in the tournament Tuesday, WSN improved to 16-11 overall.
For more about the game and comments from head coach Jason Blaney, see next week’s edition of The Brewton Standard.