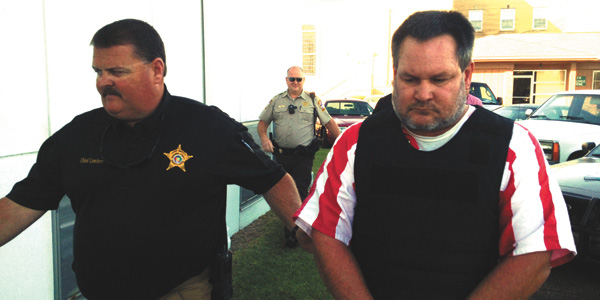 The accused shooter of a Sellersville Community pastor was given a $1.5 million bond Monday.

Brett Richard Yeiter appeared in court one week to the day after he allegedly shot his father-in-law, Paul Phillips, at a Sellersville Community church.

Yeiter, 46, was captured Thursday in Amarillo, Texas, driving the same vehicle he left Escambia County in a few days earlier.

Yeiter is believed to be the gunman who fired a fatal shot Monday morning in the Sellersville community that killed Phillips. The incident occurred at the Book of Acts Holiness Church in the Sellersville Community just miles from Brewton and just north of the Florida line.

For the complete story, see the Wednesday print edition or online at brewtonstandard.com.