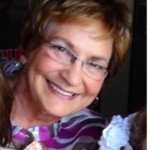 Her great grandson, Noah Smith, and her beloved father-in-law, Ward Dockery, await her in heaven.
Visitation was held at Valley View Baptist Church on Thurs., Oct. 16. She was dearly loved by her husband of 38 years, Andy Dockery. She is loved by her children; daughters, Cindy Lee, (Rusty), and daughter Julia Dockery, her two sons Lee Dockery (Deedee), and son, Drew Dockery (Lori).
She is also loved and cherished by her parents, Bob and Doris Dickson; her sister, Sylvia (Vince) Symon; and a loving mother-in-law, Elizabeth Dockery.
She has seven grandchildren that she adored: Jennifer (James) McNutt, Jessica Dockery, Jamie Lee, Miranda Hoffman, Clay Hoffman, Ava Drew Dockery, and Annie Dockery. Dockery also had four great grandchildren whom she loved dearly, Alex Dockery, Carder McNutt, Christian McNutt, and Grayson McNutt.
She was the greatest example of a Proverbs 31 woman. As a wife and mother, she always put her children before herself. She sacrificed so much to demonstrate her love for her family. The words that describe her as a wife and mother are: selfless, strong, tender, elegant, graceful, loving, and above all else she was Christ-like. She was the greatest example of a helpmate for her husband. Mom and Dad made a great team as they faithfully served the Lord together. She was the best example to her children. She was the best Christian we ever knew. You knew she loved Jesus before she ever said a word. She was always kind, loving, and gracious to everyone she ever met. She was a hard worker, a wonderful homemaker, an incredible Momma, the most amazing mother-in-law, a wonderful grandmomma, a terrific daughter, and our biggest fan and supporter. She was the glue that held us all together. She had the best outlook and attitude no matter what the situation or circumstances. She saw the best in everyone and every situation. She had a special place in her heart for all children, and spent her life loving children, and impacting them to love Jesus, and to follow Him. She especially adored her grandchildren and great grandchildren. Her greatest joy and hobby was loving on her babies. She will be a dearly missed mom, but we know beyond a shadow of a doubt that she is at home with Jesus and is worshiping Him right now. We know that she had a smile on her face as she heard Jesus say, “Well done, my good and faithful servant!” We know we will see her again soon.
Pallbearers were Rusty Lee, John-Claude Parker, Ken Carter, Doug Nelson, Tom Nelson, Mattie Nelson, and George Hinson.
The family would like to extend a special thank you to the following honorary pallbearers and thank them for their love, support, and most of all, for their prayers as we have made this journey. Honorary pallbearers were her Ridgecrest Baptist family, Rosedale Baptist family, Taylorville Baptist family, Gilgal Baptist family, Cornelius Chapel Baptist family, Valley View Baptist family, Skyland Baptist family, her many friends from Skyland Baptist Day Care, friends from Alabama Department of Transportation, friends from Cook’s Pest control, Chaplain Ron Wilson, all of the wonderful nurses and staff at Hospice of West Alabama, Dr. George Miller, Dr. John Miller, Dr. Bostic, the Lewis and Faye Manderson Cancer Center, Dr. Salzman, Dr. Forero, and UAB Department of Oncology.
In lieu of flowers, the family request that donations be made to Hospice of West Alabama and Gideon’s International.

Betty Lynette Holmes Gibson, 69, of Hwy. 29 Brewton, passed away Wed., Nov. 5, 2014, at her residence.
She was a native and life long resident of Brewton. She was of the Baptist faith, a 1963 graduate of W.S. Neal High School, a retired registered certified nursing assistant and a homemaker.
She is survived by her husband of 41years, Terry Gibson of Brewton; one daughter, Maxi Lauren (Edward) Hymel of Brewton; one sister, Lisa (Eddie) Garrett of Pensacola, Fla.; one granddaughter, Terra Mackenzie Hymel; and her parents, Mac Leon and Bessie Mae Cooper Holmes.
Funeral services were held Sat., Nov. 8, at 11:00 a.m., at Williams Memorial Chapel Funeral Home with Bro. Doug Greer officiating. Interment followed in Pleasant Hill Cemetery in the Wildfork Community of Brewton with Williams Memorial Chapel Funeral Home of Brewton directing.
Condolences may be sent and obituaries can be read at williamsmemorialchapel.com.

Irene Griffin, 84, passed away Tues., Nov. 4, 2014, in a Monroeville nursing facility.
She was born in Castleberry and had previously lived in Texas before moving to Brewton many years ago. She worked as a seamstress at Vanity Fair for a number of years and was of the Pentecostal faith.
She was preceded in death by her husband, Sam Griffin; a son, Rodney Griffin; and brothers, Linzie, Albert, L.V. and Cecil; and a sister, Lucille.
She is survived by two brothers, Odell (Gail) Burch of Repton and Robert (Charlotte) Burch of Lenox; one sister, Ruby Bell of Mobile; grandchildren, Andy Griffin, Tammy Harrison, and Destiny Griffin; and great-grandchildren, Drew and Hannah Griffin.
Funeral services were held Sat., Nov. 8, from the chapel of Craver’s Funeral Home with the Rev. Wilbur Graves officiating. Interment followed in Zion Hill Cemetery.
Share your memories and condolences with the family at craversfh.com.

Michael Lamar Phillips, 56, of Fish Hook Road in Brewton, passed away Friday evening Nov. 7, 2014, at his residence after a brief illness.
He was a native of Bogalusa, La., and a resident of Brewton since 1996. He was a retired truck driver and attended Canaan Free Will Baptist Church.
He is survived by his wife, Deborah J. Phillips of Brewton; one son, Brandon (Megan) Phillips of Lake Charles, La.; three daughters, Chelsea (Lance Semar) Phillips, Chloe (Jamie Richard) Phillips and Courtney (Eric) Granger, all of Lake Charles, La.; two step-sons; John (Heidi) Cheramie of Williston, N.D., and Jason Netherland of Conway, S.C.; one step-daughter, Elizabeth Cheramie of Ellisville, Miss.; two brothers, Ed Jenkins of Memphis, Tenn., and Marlin Jenkins of Louisiana; and 19 grandchildren.
Family will hold memorial services will be held at a later date.
Share your memories and condolences with the family at cravers.fh.com.

Captain James “Jim” Boyd Poor, 59, of Brewton, passed away Wed., Oct. 29, 2014, in a local hospital after a brief illness. He was a native of Baton Rouge, La., and resident of Brewton. He was a tug boat captain on the Mississippi River and Gulf Intracoastal Waterway with 35 years of service.
He is survived by his son, Jay Woolridge of Pensacola, Fla.; one sister, Valerie Poor Konter of Columbia, S.C.
He was preceded in death by his parents, Edward Boyd and Lady Ann Moore Poor; and one bother, Edward Glenn Poor.
A private family memorial service will be held at a later date and time.
Condolences may be sent and obituaries can be read at williamsmemorialchapel.com.

Janie Lorene Douglas Jeffers, 80, of Jeffers Drive, Wing, passed away Mon. Oct. 27, 2014 in Tuskegee, after a brief illness. She was a native and life long resident of Wing. Jeffers was a member of the Red Oak Baptist Church and a homemaker.
She is survived by two brothers, Noah (Louise) Douglas of Wing and Troy (Edna) Douglas of Wing; one sister, Charlotte Baird of Boaz; several nieces and nephews.
She was preceded in death by five brothers, Jimmy Douglas, Henry Douglas, Preston Worrell, Ingram Douglas and Lethon Douglas; two sisters, Martha Jones and Virgie Cook; and husband, James E. Jeffers.
Funeral services were held on Thurs., Oct. 30, at 10 a.m., at Williams Memorial Chapel Funeral Home with the Rev. Ronnie Sales officiating. Interment followed in Bradley Church Cemetery with Williams Memorial Chapel Funeral Home of Brewton directing.
Condolences may be sent and obituaries can be read at williamsmemorialchapel.com.

Daryl William Steadman, 36, passed away Saturday morning, Nov. 8, 2014.
He was a native and life long resident of the Brewton area. He worked as a welder at Frit Car and was of the Nazarene faith.
Funeral services will be held today, Wed., Nov. 12, at 2 p.m. at the First Church of the Nazarene with the Rev. Herbert Heller and Pastor James Meadows officiating and interment following in Fort Crawford Cemetery.
He is survived by his parents, Daryl William Steadman Sr. and Debi Steadman; one son, Levi Steadman; one daughter, Alesea Steadman, all of Brewton; two sisters, Melissa (Frank Collins) Steadman and Audrey (Brandon Jones) Steadman; a special nephew, Chasen Collins, all of East Brewton; and nieces and nephews.
Share your memories and condolences with the family at craversfh.com.