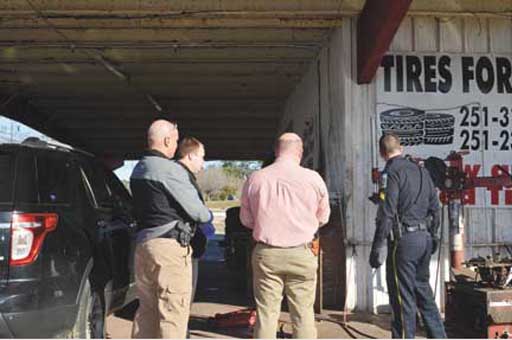 A Brewton tire business is shut down Wednesday and its owner’s girlfriend arrested for allegedly selling prescription pills from inside the shop.
Just before 9 a.m., Brewton Police executed a search warrant at the Tires for Less store on Douglas Avenue and arrested 51-year-old Tracey Sellers.
Sellers is facing two counts of distribution and two counts of possession of a controlled substance. Police say Sellers was selling hydrocodone from inside the store, where she also lived.
BPD Police Chief Monte McGougin said investigators began to receive numerous complaints about the sale of illegal drugs in October.
Currently, officers are searching the store, which is owned by Tony White, Seller’s alleged boyfriend, police said. White has not been charged in the case.
Other arrests could be forthcoming, and police hope to prevent the store from reopening.
“This kind of activity will not be tolerated by the citizens and definitely not by the businesses,” McGougin said. “If I have anything to do with it, they will not reopen in Brewton under this (store) name or any other name.”
McGougin said Sellers could face an enhanced drug charge based on the property’s proximity to Brewton Elementary School. Under Alabama law, additional penalties are imposed when the sale occurs on school property or within three miles of its campus.
McGougin said he hopes to have the store’s business license revoked immediately.
“I plan to present the case to the mayor and city council as soon as possible,” he said.
Also arrested Wednesday were, Seller’s son, Daniel Sellers and Tasha Graves. The two were charged with possession of marijuana and possession of drug paraphernalia.
The Brewton Standard will update this story as more information becomes available. 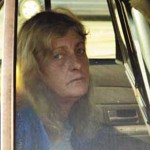