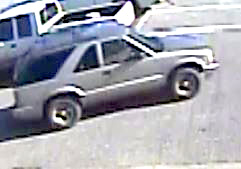 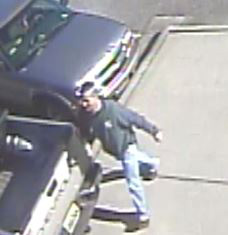 Flomaton Police Chief Bryan Davis is asking for help from the public in identifying a suspect in burglaries at Flomaton High School.

According to Davis, the suspect in the case was captured on video surveillance at the school. However, the identity of the suspect has not been made.

Davis said a suspect (or multiple suspects) was involved in two different automobile burglaries on Wednesday, Jan. 7 on the campus of Flomaton High School.

Davis said the burglaries occurred in the school parking lot during the time students were in class.

The suspect entered the parking lot and stole Yeti coolers from vehicles and later returned and attempted to break the window out of one of the vehicles being burglarized.

The vehicle connected with the suspect in this case is a gold or champagne colored Chevrolet Blazer, believed to be approximately at 2000 model.  The suspect is described as a white male, wearing blue jeans and a dark colored sweatshirt/hoodie. Based on photos from surveillance, the suspect is believed to have been wearing a bright orange, long-sleeved shirt and blue jeans when he attempted to break the window, Davis said.

Anyone with information on the identification of the vehicle and/or the suspect is asked to contact the Flomaton Police Department at 296-5811 or any other local law enforcement agency.

Holidays are over; it’s back to class