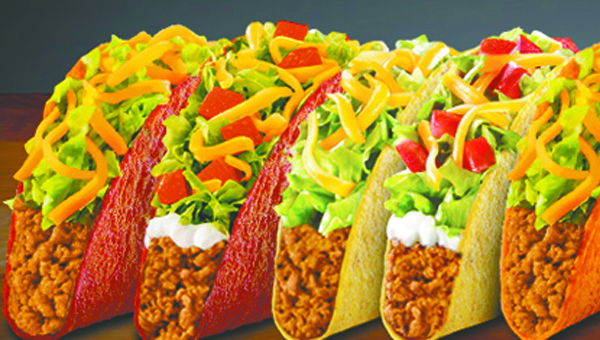 Get ready, it appears Brewton will soon have a new restaurant – Taco Bell.
However, the “when” remains unknown.
For months, speculation has traveled about the Mexican-style fast food making its way into town.
Monday, Mayor Yank Lovelace confirmed he, too, believes the restaurant is coming.
“I’m not sure exactly who it is behind it, but I believe it’s the same people who just built the Taco Bell in Atmore,” Lovelace said.
Lovelace explained the city recently did its part in laying the infrastructure at the restaurant’s proposed site across from David’s Catfish House.
“One of the initial holdups for (Taco Bell) coming was that there was no sewer on the property,” he said. “That project is complete, and the city accepted that work onto the city’s sewer system.
“But to say when Taco Bell is coming, no one knows for sure,” he said.
In the Wed., Jan. 14, edition of The Brewton Standard, Tacala LLC – the largest Taco Bell franchisee in the county and the franchisee behind the Atmore store – began advertising for management candidates for “our NEW Taco Bell in Brewton.”
Attempts to reach Tacala corporate officials for comment were unsuccessful; however, a call to the interview location in Andalusia confirmed that officials are finishing up a weeklong interview period today.
In August, the Atmore location opened for business, and in October, it was announced Tacala LLC would construct a new Taco Bell in Andalusia.