Brewton police are searching for a Century, Fla., man who fought with officers and fled following a Saturday traffic stop.

Sgt. Andrew Casey said Monday that officers responded just after 3 p.m. to a shoplifting call at the Dollar General. Officers then pulled over a vehicle occupied by 32-year-old Jamie Lynn Shramek and 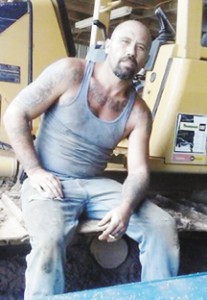 Casey said a search of the vehicle revealed a clear plastic bag filled with coffee filters and a white powdery substance that field-tested positive as methamphetamine.

“We also found a zipper pouch of several used syringes,” Casey said. “And as officers attempted to place Milliron under arrest, he began to actively resist and a brief struggle ensued.

“An officer then tasered Milliron in an attempt to place him into custody, but it was ineffective,” Casey said. “Milliron then fled the scene from officers and remains at large.

Casey said Milliron – who is described as a muscular, bald white male – ran across Douglas Avenue. One officer gave chase while another stayed at the scene with Shramek.

“Milliron, who was wearing all camouflage, went through several streets before the chase ended at Cherokee Lane,” Casey said. “We believe Milliron was under the influence of meth at the time of the incident.”

Once captured, Milliron will face identical charges, as well as resisting arrest and attempting to elude.

Anyone with any information is asked to contact the Brewton Police Department at 251.867.3212 or one’s local law enforcement agency.