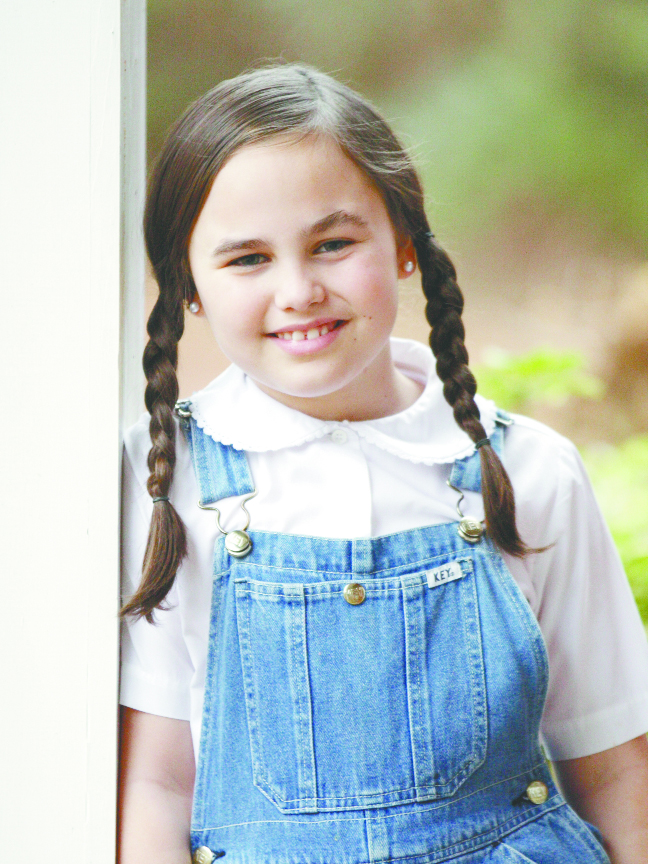 Caroline Williamson as the ‘To Kill A Mockingbird’ character ‘Scout.’

Caroline Williamson’s enthusiasm for the role of “Scout” is evident on her face as she talks about her upcoming performance in Monroeville’s “To Kill A Mockingbird.”

Williamson, a fourth grader at Brewton Elementary School, is no stranger to the stage. Last year, she performed in the Brewton showing of “Annie” directed by Stephen Billy. In previous years, she graced the Jefferson Davis Community College stage in at least two Missoula Children’s Theater productions.

Now, she’s bringing her talent to south Alabama. In fact, it was Billy who said she’d “make a perfect Scout,” her mom, Leslie, said Monday.

“I sure love being on stage,” Williamson said. Her are loyal supporters, AKA parents Leslie and Ed Williamson, help get her to and from the bi-weekly rehearsals in Monroeville.

Caroline said she treats each script as if she’s studying for a spelling bee.

“I have my mom read the line in front of me so I can say mine,” she said.

Most know the plot behind Harper Lee’s Pulitzer Prize winning novel, known as “TKMB” around the Williamson house. Over the next several months, a host of actors will bring the compelling story life in Monroeville, Lee’s hometown. The production will take place at the Old Courthouse Museum. Tickets went on sale Monday.

Caroline will be featured in nine shows. Some are for local school children, but others on April 18, April 24, May 9, May 14 and May 15 are open for public ticket sales.

“But those go fast,” Caroline said of the tickets.

Chamber names Chapman, Hayeses as citizens of the year