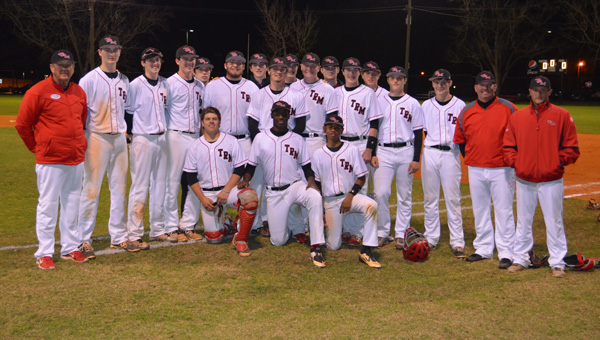 The T.R. Miller Tigers baseball team clinched their second straight area championship Friday at home as they swept the Opp Bobcats in an area match up.
The No. 6-ranked Tigers defeated the Bobcats 3-1 in game one to clinch the championship. TRM earned a 7-3 win in game two to finish off the sweep.
With the wins, TRM moved to 14-1 overall with their 12th straight win. The Tigers finished their area schedule with a perfect 4-0 record. Opp fell to 10-10 overall and to 0-2 in area play.
See Wednesday’s paper for a complete game recap along with comments from TRM head coach Jim Hart.

TRM baseball pounds out 18 hits to move one…