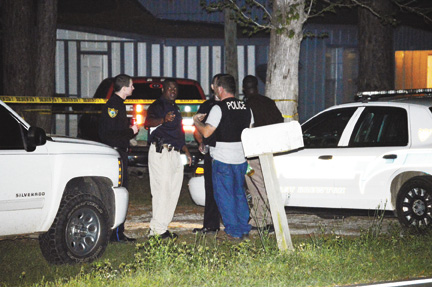 Family and law enforcement sources have identified the victim as 32-year-old Cory Moncrief.

Moncrief lived in a two-story structure on U.S. Hwy. 29, near Mantel Street. Reports indicate police were called to the scene sometime after 9 p.m.

“I can confirm that Alabama SBI has been requested by East Brewton Police to assist them with an investigation to wit: the body of a 32 year old male was found inside a residence,” said SBI 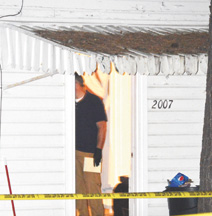 An investigator pauses in the home’s doorway as the scene is processed.

“Alabama’s Department of Forensic Science will be determining the actual cause and time of death. “

Malloy said all findings from investigation will be turned over to Escambia County District Attorney’s office.

A law enforcement source told The Brewton Standard Moncrief was found with a single gunshot wound inside the home after he failed to report to work Tuesday evening.

The investigation is expected to last into the early morning hours. The Brewton Standard will update this story Wednesday as more information becomes available.