Clean Sweep: 11 arrested in BPD round; others wanted – with mug shots 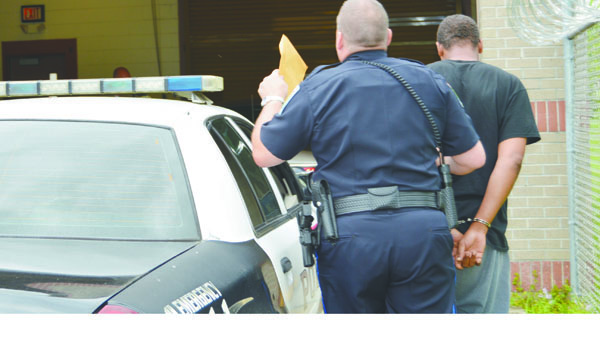 Brewton Police conduced its biggest drug roundup operation in department history Monday after they issued nearly 60 felony drug warrants for some 25 known drug dealers.
Police captured 11 and are actively seeking 13 more.
The initial investigation began in November after sightings of suspected drug transactions occurring in various locations throughout the city were reported, said BPD Chief Monte McGougin, who credited the success of the operation to Sgt. Josh Stanley, coordinator of the roundup.
“We expected to identify and arrest five to 10 individuals,” Stanley said. “We were fortunate to build on that initial case and make a significant hit in the local drug trade with these arrests.”
Stanley said once the operation began, the department sought assistance from the U.S. Marshal’s Fugitive Task Force. Currently, BPD Sgt. Steven Ferguson is assigned to that task force and coordinated the joint effort between the departments and the Alabama State Troopers Monday. K-9 support was provided by Escambia County Sheriff’s Deputy Danny Lambert and his dog, Ajax.
Throughout the day, teams simultaneously worked in the city to make arrests.
“And more will be forthcoming as we continue to halt the sale of illegal drugs in Brewton,” Stanley said. “Drug sales are a nationwide problem, but in Brewton, we fight each day to make our city streets cleaner and safer.”
Stanley said the arrests were not the first for many of those taken into custody Monday.
“The majority of the people on our list are still on probation for previous drug convictions, and some have been out of prison for less than six months,” he said. “Without these coordinated efforts, this operation wouldn’t have been possible, and we know that the citizens of Brewton and East Brewton are safer without these known drug dealers on our streets.”
Police found an assortment of drugs and drug paraphernalia when making numerous arrests and also seized some eight vehicles used during drug transactions.
Stanley said the vehicles are worth an estimated $100,000 and include a 2015 Dodge Charger, Dodge Magnum, Dodge Ram pickup truck, and Chevrolet Tahoe and Suburban.
Stanley said the day’s arrests should serve as a warning.
“Drugs put people and families in terrible situations,” Stanley said. “Personal property – and that includes homes and vehicles – can and will be seized if they are used to facilitate drug sales.
“In some situations, there children being raised in homes and having to watch illegal drugs being sold and used around them, and that is unacceptable,” he said. “The Brewton Police Department is dedicated to eradicating drugs in our city.”
The 11 arrested Monday face a variety of drug charges including distribution and possession and are*: 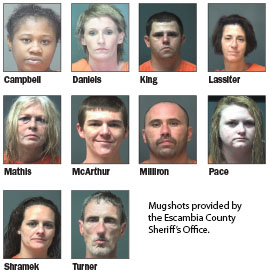