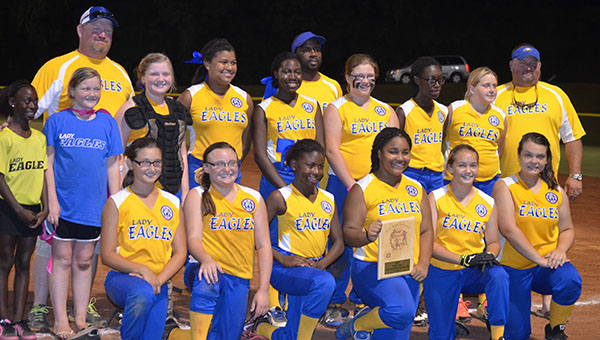 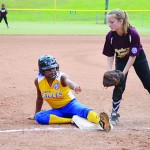 Saturday: EB 6, Brewton 3
In Saturday’s semifinal game with Brewton, EB struck for five runs in the first inning on two hits and three Brewton errors to set the tone early and pave the way for a 6-3 win.
Brewton cut the lead to 5-2 in the second inning, but EB added one of their own in the second to take a 6-2 lead. Brewton’s final run of the game came in the sixth inning.
At the plate for EB, Courtney Dudley had two hits while Kendall Carpenter had a single and a double. Katelyn Wilson added a single for EB.
For Brewton, Chloe Smith had a single along with Courtland Salter and Sailor Smith. Addid Smith added a single along with Makenzie Hoomes and Abby Terrell. Makenna Rowell also had a single for Brewton in the loss.
Ashli Wyatt pitched EB to the win while Courtland Salter took the loss for Brewton. 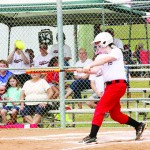 Saturday: CC, 7, EB 2
In the championship game against Covington County, CC’s pitcher had 10 strikeouts in the game and held EB to four hits as EB lost 7-2 to finish as runner-up.
CC led EB 3-0 after one inning and 5-0 after two innings. EB cut the lead to 5-1 in the fourth, but EB scored two in the fifth to grab a 7-1 lead. EB’s final run came in the bottom of the sixth inning.
Taylor Peters took the pitching loss for EB. Madison White also pitched in the loss.
At the plate for EB, Madison White had a single while Dudley had a single and a triple.
Makayla Crook finished with a single. 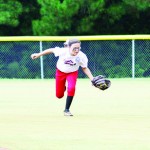