Flomaton man shoots step-son, then self

By Justin Schuver
For The Standard

A domestic dispute in Flomaton Monday night led to a shooting and an eventual suicide, according to Escambia County Chief Deputy Mike Lambert.
Lambert said that deputies received a 911 call at approximately 7:30 p.m. that a person had been shot at a residence on Old Atmore Road, just north of the Alabama-Florida state line.
When the deputies arrived, they found a 41-year-old man who appeared as if he had been shot in the shoulder by a high-powered rifle, Lambert said. Deputies were told that the shooter was located behind the residence, and as they approached him a gunshot was heard.
“They found the alleged shooter in the back of a pick-up truck, with a gunshot wound in the back of his head and the gun lying beside him,” Lambert said.
The shooter was later identified as 66-year-old Curtis Golden. Lambert said that Golden had been having a recurring domestic dispute with his wife, and they were scheduled to appear in court in Brewton on Tuesday.
Lambert said that Golden was apparently trying to shoot his wife, but instead struck his stepson in the shoulder. The stepson was transported to Sacred Heart Hospital by ambulance.
Lambert said that medics responded to Golden and called for a medical helicopter, but he was pronounced dead before it got to the hospital. 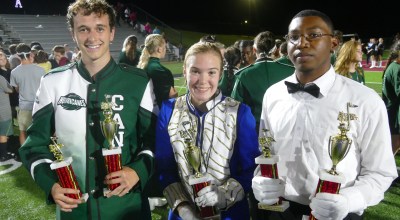