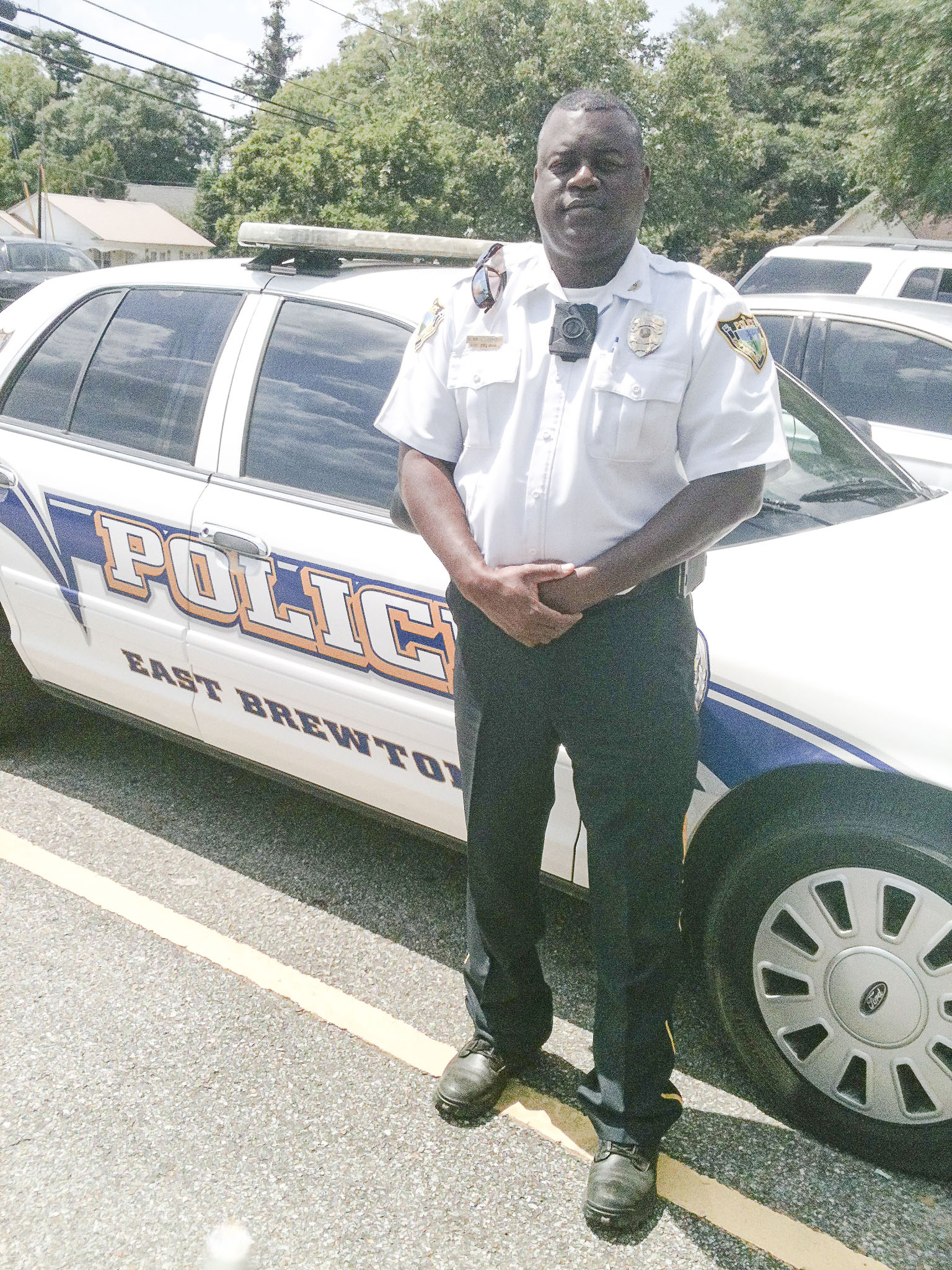 East Brewton Police Chief Kenny Brazile has been on duty since 2009.

The City of East Brewton is small town living at its best. The population is not large, and that seems to suit those living there. It is where everyone knows everyone else and someone is always ready to lend a helping hand.

Kenny Brazile has been the chief of police in East Brewton since 2009 and he agrees that many things have changed since he was appointed chief.

“I have six officers in East Brewton, counting myself,” he said. “One of the best changes over the years is the way the public views its law enforcement. Years ago the police department was thought to be always trying to throw someone in jail for various reasons. We have been working on that perception and now I believe that we have reached more people by letting them know that we are there to serve the public.”

Brazile said that youngsters used to be afraid of the police, but now most of them have come around to look upon the officers as their friends and not the enemy.

“We make our presence known in the community,” Brazile said. “We patrol the streets and that is one of my favorite things to do. We get up close and personal to those we serve and then they come to us with their problems and we try to help.

“Now, don’t get me wrong,” he added. “We have our problems. The abuse of drugs is still one of our biggest, but its something that we have really worked on for the past few years. We continue to put the drug problems at the top of our list.”

Kenny Brazile was born and raised in the Boykin community. He attended the county schools and graduated from W.S. Neal in 1989. He joined the military and served for five years before attending Jefferson Davis Community College.

“I studied criminal justice and Sheriff Tim Hawsey gave me a job in corrections,” Brazile said. “He encouraged me to continue my schooling. I have my bachelor’s degree and am working online to get my master’s degree. I worked my way up from corrections to road patrol. In all I have been in law enforcement for 18 or 19 years. I enjoy what I am doing and and hope I make a difference in someone’s life. One of my goals is to let the public know that we are there to help them. If they have a problem, come to me and I will see if I can be of any help.”

Brazile lives alone in his childhood community of Boykin.