Otts was a great man 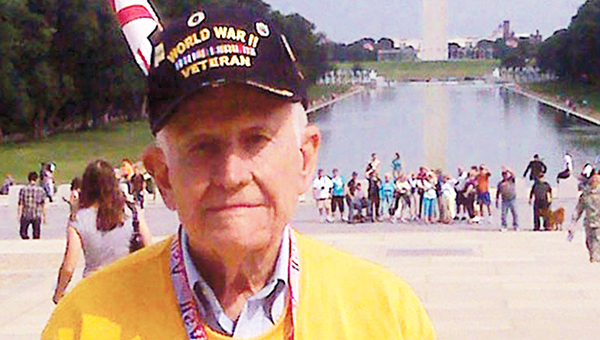 Brewton laid to rest one of its greatest soldiers Friday.
Lee McMillan Otts died Wed., July 8, after a brief illness.
A Greensboro native and a graduate of the University of Alabama and its ROTC program, Otts’ history began when he was deployed to France as part of the 26th Infantry Yankee Division 328th Regiment of Patton’s 3rd Army.
A second lieutenant and replacement infantry officer in G Company, Lee was twice wounded in battle and earned the Bronze Star and Purple Heart. Inside the pages of his journal, Lee chronicled the war. The work was later published as part of G Company’s War and gave readers a realistic picture of the event’s history.
After the war, Otts returned to the University of Alabama and obtained his law degree. While there, in 1948 he married Mary Frances Byrd of Wilmington, N.C., whom he had met in England where she was serving as a Red Cross volunteer during the war. The couple moved to Brewton where he founded the law practice that today is the firm Otts, Moore, Coale, Godwin and Stearns.
People always smile when they talk of Otts and his wife. As much as the couple loved to dance, the couple had an even deeper sense of community.
While practicing law, Otts served as county solicitor and inferior court judge. He later served as attorney for Escambia County for 35 years. His was active in the community as president of Brewton City Board of Education, president of the Escambia County Bar Association and member of the Brewton Rotary Club.
“Mr. Otts was a great American; soldier’s, soldier, a lawyer’s, lawyer and a man’s, man,” said friend and colleague Thad Moore Sr. “He was a fierce opponent in court but he loved his fellow lawyers and always treated them with respect.”
It’s those endearing qualities that bound people to his side, Moore said, describing how the men in Otts’s unit kept in touch with the man who led them through fierce World War II combat during freezing cold winter of 1944. Those in his family felt no differently, Moore said.
“He loved his four daughters and his grandchildren,” he said. “They have banded together to care for him over the past few years as his health was failing.
“I will miss his longtime friendship and his sage advice,” Moore said. “I will miss watching Mrs. Otts and him fox-trotting at the Country Club. I will miss the twinkle in his eye.”

Varner: TRM field will be ready