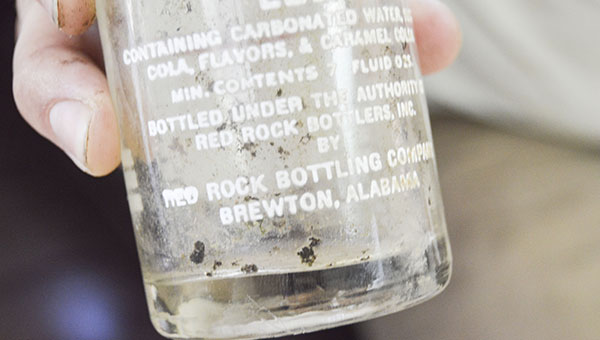 In his time with Lewis Pest Control, Eric Morris has seen a thing or two – but nothing recently as the piece proclaiming Brewton as home to a bottling company.
The heavy glass “Red Rock Cola” was used as a container for some sort of carbonated beverage bottled under the name “Red Rock Bottlers Inc. by Red Rock Bottling, Brewton, Alabama.”
“I’ve always had a thing for vintage stuff,” Morris said. “I found this one underneath a house on Douglas Avenue. I’m from Brewton, and I’d never heard of the place or the company. I wondered if anyone else had.”
Morris said online research turned up few details.
“It said (the product) was made in the 40s, but I couldn’t find any site in Brewton,” he said.
Online records show the company was founded by prominent businessman Lee Hagan and G.T. Dodd of Atlanta in 1885.
Known for its Red Rock Ginger Ale, but due to popular demand, the company began producing their product Red Rock Cola in 1938.
Interestingly, it is the only product personally endorsed by the legendary American league baseball player Babe Ruth.
With its “Just the right bite!,” the carbonated drink has a light Cola scent and enough balance of sweetness and flavor.
It contains carbonated water, uses cane sugar for sweetener, caramel color, caffeine and natural flavor, and is available for purchase today through online distributors.
“You don’t normally get to see or touch history,” Morris said, holding up the bottle. “And I think this is exactly what this is – part of Brewton’s history.” 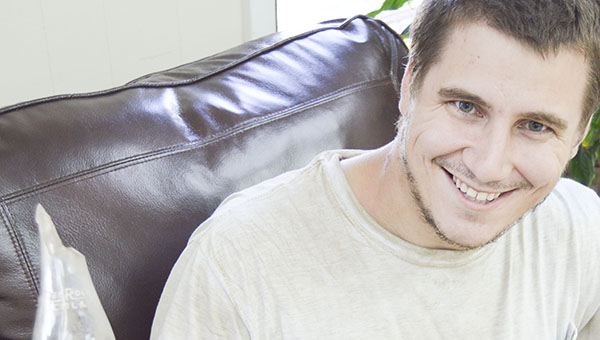