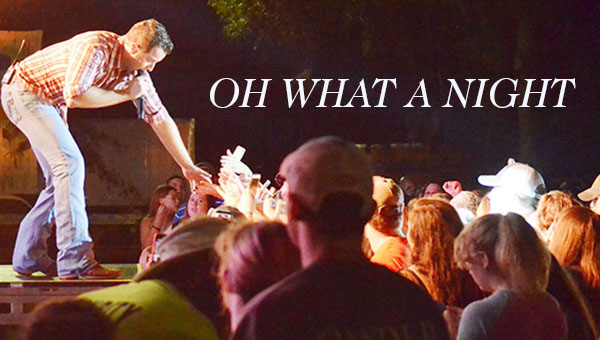 Some 750 people attended Saturday night’s headliner act at the Wash Hole Jam, Brewton’s director of program management Connie Baggett said.
Country music star Easton Corbin took the stage at 8:30 p.m. in front of the large crowd, Baggett said.
“The park looked great, and the musicians sounded wonderful,” she said of the shows that also included performances by Grayson Capps, Sugar Cane Jane and an assortment of local artists.
This year, the city hired Jampro, a promotional company, to handle the concert and provided $20,000 “to make the concert happen,” Baggett said.
“It was a hot day, but things went wonderfully,” she said. “We had a number of farmers’ market vendors on site, who reported the day went great for them. That with the music made for a great day.”
Baggett also sent a special “thank you” the volunteers for their help in the weeks leading up to the event, as well as those who were on site throughout the day.
“Any time we have an event, we enjoy having those who want to help out,” she said. “All week long, there were people painting and helping to hang signs. The city crews did a great job on the grounds.
“Dozens of people help to set up tents for the farmer’s market,” she said. “People helped with security. We appreciate all that was done to make the day a success.”
Baggett said feedback about the day has been positive.
“In addition to hundreds from outside Brewton who attended to the concert – and feedback from them has been overwhelmingly positive – we also received an extraordinary amount of positive exposure on social media with more than 10,000 people interacting with the city’s social media pages, more than 50,000 reached by online promotions,” she said.
Baggett said the exposure greatly impacts the city’s image.
“It would be hard to put a price tag on that kind of widespread exposure, but it is very good for the city’s image as a great place to be,” she said. “Quality of life for people who live and work here is also enhanced when high-quality events take place in our city.” 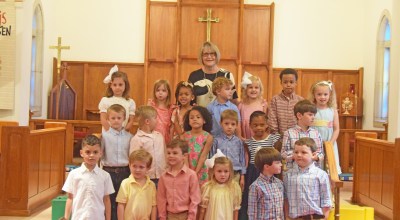 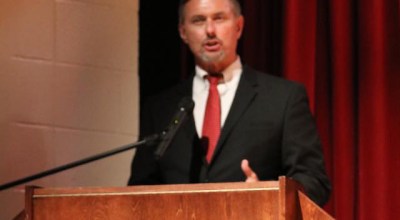