Jordan to run for judgeship

Circuit Judge Dave Jordan has announce he is seeking the seat of Circuit Judge in the Nov. 6, 2016, General Election.

Jordan qualified as a Republican.

Jordan was appointed by Governor Robert Bentley on July 1, 2014, to fill the unexpired term of retired Circuit Judge Brad Byrne.

Prior to taking the bench last year, Jordan had served as district judge for Escambia County since 2003. In that capacity, he also served as juvenile court judge and continues to handle some juvenile court responsibilities as a circuit judge.

Before taking the bench, Jordan practiced with the law firm, Otts, Moore, Jordan and Coale.

Jordan has created several programs during his tenure designed to benefit youth and families in Escambia County. The Escambia County Family Drug Court, Project Turnaround and CLOUD (Choosing Life Over Using Drugs) are successful efforts to combat the destructive effects of substance and alcohol addiction and abuse as well as high risk juvenile delinquency.

He also has been successful in obtaining more than $600,000 in grant funding in support of these programs. While the state has cut employees in the court system since 2007 that grant funding has enabled Jordan to increase the staff working in these programs, adding four additional employees.

“I’ve told my staff that while we cannot save every troubled child and broken parent we deal with we will not accept defeat, and we will fight every day regardless of the magnitude of the societal problems we face” Jordan said.

“When we see a troubled teen turn the corner or a healthy, drug-free baby born to a drug court participant that is a victory we rejoice in, and it fuels us to keep doing the hard work,” he said. “When it comes to children and families in Escambia County we will not retreat and we will not be deterred from our mission.” 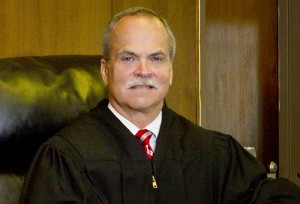 Circuit Judge Dave Jordan to run for seat on bench after governor’s appointment.

As part of the Drugs Erase Dreams (DED) Team, Jordan has helped present that message to more than 2,000 people in Escambia County. In three years, the program has been presented at least once in every high school in the county, in several churches both in Atmore and Brewton and as well as in civic settings and at Poarch. DED will be presented in all middle schools in March 2016.

Jordan served as chair of the Escambia County Children’s Policy Council (CPC) from 2003 until taking the bench in 2014. Under his leadership, the CPC grew, expanded and played an integral role in developing programs to benefit families and children.

In 2012 Judge Jordan was elected President of the Alabama District Judges’ Association, which includes all district judges throughout the state. He was honored as “Judge of the Year” by the Alabama Forestry Association in 2010. He has served on numerous statewide judicial committees since 2003 and currently serves on the Circuit Judges’ Legislative Committee.

Jordan earned a bachelor of arts degree from the University of Alabama in 1981 and a law degree from the University of Alabama School of Law in 1984. Licensed to practice law by the Alabama Bar in 1984, Jordan also was admitted to practice  in the U.S. District Court for the Southern District of Alabama and the 11th U.S. Circuit Court of Appeals. He served as an assistant district attorney for Escambia County from 1996 until taking the District Bench in 2003 and as a special assistant attorney general from 1990 until 2003.

Jordan and his family are members of Brewton First Baptist Church, where he is treasurer of the Sanctuary Choir, a fifth grade Sunday school teacher and an ordained deacon. He enjoys acting and has been a member of the Mockingbird Players for 10 years. He has played various roles through the years as a part of productions of the Brewton Community Theatre and GECA.