Jim Hart has qualified to run for the office of Circuit Court Judge of Escambia County Place No. 2.

“I want to be Circuit Judge so that I can look at the law and facts from a new and different perspective,” Hart said. 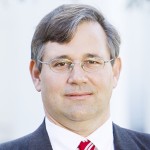 “Instead of using laws and facts to define an argument as a trial lawyer, I hope to have an opportunity to take those components and use them to determine the outcome of some cases and facilitate the resolution of others,” he said.

Hart said he enjoys serving the people of Escambia County by helping them resolve their disputes and problems.

That experience has given him “an understanding of the various issues and varieties of cases that circuit judges deal with on a daily basis, as well as knowledge of the importance of courtroom management and efficiency,” he said.

Hart graduated from T.R. Miller High School in 1986. He interned for U.S. Sen. Howell Heflin in 1987 before graduating from Auburn University with a bachelor of science degree in business administration and marketing. Hart also earned a law degree from Samford University’s Cumberland School of Law.

After graduating, he and his wife moved to Alpharetta, Ga., where he served as a special assistant district attorney in Clayton County, Ga. He currently serves as public defender for the Poarch Band of Creek Indians Tribal Court as well as being a team member on PCI Drug Court.

Hart is the son of the late attorney and businessman James E. Hart Jr. and Patricia T. Hart McDonald of Brewton. He is the grandson of the late James Hart Sr. and Georgia W. Hart of Flomaton.

Hart is a member of First United Methodist Church in Brewton, where his services include stewardship chairman, the Pastor Parish Relations Committee, White Christmas Program for the United Methodist Children’s Home and teacher of the Dave Ramsey Financial Peace Program. He also helps chaperone Fifth Quarter and youth and children’s activities at FUMC as well as assisting with the sound system during church services.

Hart has received Dale Carnegie Course Training sponsored by the Alabama Extension Agency. As a 2004 graduate of Leadership Brewton, he helped to establish a youth leadership class. Hart currently serves as vice president of the T.R. Miller Quarterback Club and is a member of the Brewton Rotary Club where he serves as treasurer. He is a past Board Member of the Brewton Area YMCA and has participated in numerous Habitat for Humanity builds.

While living in Brewton, Hart decided to move his family to their farm in Flomaton to become the fourth generation to call it “home.”

“Farming is a vital part of our county,” he said. “As a family, we enjoy experiencing the wildlife, hunting, fishing and being outdoors at the farm.”