In a close game the Lady Eagles would fall short to Monroe County. 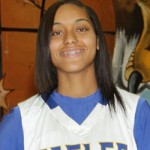 Bill Miller Photography
Senior Keke Flloyd had a total of 40 points and 17 rebounds for the tournament.

WSN was plagued by mistakes, making 38 turnovers in their double-digit loss to Jackson.

Leading WSN was Keke Floyd with 26 points, 12 rebounds, two assists and three steals. Floyd was 16 of 20 from the foul line.

The boy’s varsity team was able to pick up their second win of the season in dominant fashion. 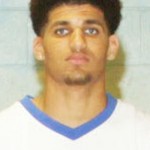 Bill Miller Photography
Senior Tyshawn Davis had a total of 28 points and 10 rebounds for the tournament.

The boy’s varsity suffered their first loss of the season in a game Eagle players couldn’t get shots to fall.

After the tournament seniors Keke Floyd and Tyshawn Davis were respectively named to the girl and boy’s Monroe County All-Tournament team.