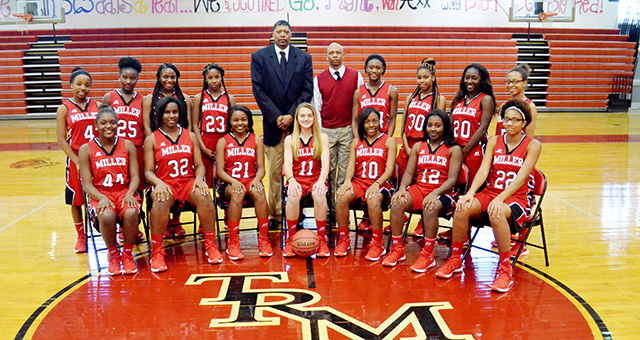 Lady Tigers head coach Ron Jackson is in his 25th year at the helm. Jackson said he has high expectations for his young team. “I expect we should do very well. I expect us to make it to Birmingham. If we can go out and execute like we’re suppose to do and do what we work on everyday then we should be good.”

Leading the team will be senior Mekhia Williams who has been playing with the team since the ninth grade.

Jackson said Williams led the team in scoring last season, which puts the pressure on for this season.

“We’re looking for big things out of her this year,” he said. “She’s capable of averaging 12 points a ball game, maybe even 15. If that’s so, that will be great.”

Senior Emonea Curry will look to hold down point guard duties as her “defense is improving and her shooting is coming around,” Jackson said.

Senior Mykayla Harrison is in her third year for the Lady Tigers.

“She’s very athletic and real smart,” Jackson said. “She can shoot the ball.”

Steely Ruzic has been playing with the team since the seventh grade.

Now a sophomore, Jackson said he looks for her to take on a bigger role.

“She can play the point and the two, some three, so she’ll be all over the place,” Jackson said. “We need 12-15 points a ball game out of her. She’s really strong on the perimeter. When she gets open, and her feet are set for the three, she’s probably going to knock it down.”

Sophomore Kyla Bell will play center and forward for the team.

“She handles the ball and shoots well from the perimeter,” Jackson said. “She posts up strong around the basket. She’s a good defensive player. We’re looking for big things out of her.”

Coming off the bench will be sophomore Jaden Miller.

“She is a straight post player who’s strong around the basket,” Jackson said. “She crashes the boards and rebounds the ball well. We’re looking for six to eight points and ten rebounds a game out of her.”

Jackson said he wants his team to play some up-tempo and move the ball around to create good shots.

“We need to work the ball inside and out,” he said.

Despite being young in age, Jackson said the team, which is made of mostly sophomores, have a lot of experience.

“We have players that have played since the seventh grade,” he said. “I feel like we’re getting to a point in time where we know each other and we can play together.