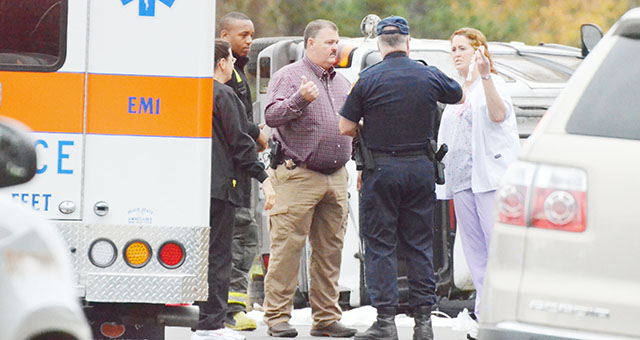 Two D.W. McMillan nurses are being hailed as heroes after pulling a man to safety and rendering aid following a crash Wednesday.

All were traveling Ala. Hwy. 31 just before 8 a.m. when Lawrence “Earl” Red Nelson, who driving a Mercury SUV, had a medical event; ran across the median and overturned at the edge of the southbound lane near the Georgia Pacific mill.

It was then that Lillian Heller was on her way home from her shift while Amanda Morton was headed to the hospital. Both witnessed the crash and didn’t hesitate to help.

“These women, they are real heroes,” said Chief Deputy Mike Lambert with the Escambia County Sheriff’s Office. “The man is on oxygen, and it’s believed that he may have had a seizure. 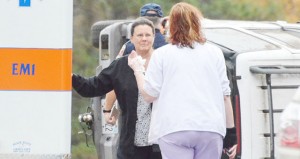 Morton holds up her injured hand as Heller listens.

“When those nurses saw what happened, they did what they do best,” Lambert said. “They pulled him out, gave him CPR and helped keep things going until the ambulance arrived.”

Nelson was transported to DWM for treatment, where he was prounounced dead, according to Alabama Law Enforcement Agency public information officer Jamie Maloy.

Maloy said Nelson was not wearing a seat belt at the time of the crash.

Morton was injured during the rescue and required stitches to her finger.

When asked about the new hero status, Heller said, “I don’t know about all that. It’s just what we do.”

Also reponding to the crash were members of the DWM EMS, local fire departments and law enforcement agencies.