Tigers: Consistent play will be key 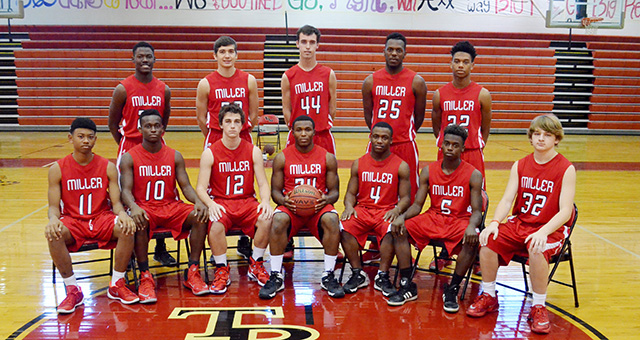 The T.R. Miller Tigers basketball team will begin their season Monday against Bayside. The team will have seven returning seniors, three juniors and two sophomores.

-Tiger head coach Juan Johnson is entering his fourth season at the helm.

“Expectations have changed,” Johnson said. “They’re tremendously on the upside. We had our first winning season in six years in Miller basketball last season, which is tremendous. We’re basically trying to change attitudes and the culture around Brewton and how we feel about basketball. These group of kids are the first group that actually only played under me and they have done really well this summer.”

Leading the Tigers will be senior Chardian Johnson. Coach Johnson said Johnson has made strides this summer to take his game to the next level.

“He was an all-state player last season,” Johnson said. “We expect him to do really well and help lead the team this season. He had an opportunity to play in the North/South game this summer.

“He’s done some tremendous things playing AU ball this summer, which has really helped his game,” he said. “We really need him to lead this season. Him and senior Tamerick Jenkins are two of our returning starters. If they are able to lead this team I’ll feel really good about things at the end of the season.”

Another senior Ahmaud Taylor will have a major impact, Johnson said.

“(Taylor) was our sixth man coming off the bench last year,” he said. “He’s another one of those guys in a key role this year for us. His ability to play well will have a factor in how well we play this season.”

The TRM roster will feature a lot of players who are able to play the guard position. Johnson said the makeup of his team would dictate their style of play.

“Eight out of the 12 guys play some form of guard position,” Johnson said. “At times we’ll play a full guard set. At our inside positions, we have sophomore (Hayden) Atkinson who is 6’6 who can be a true presence inside, which is something we haven’t had in the past.

“We should be able to play a little more man-to-man than we have,” he said. “We can play a little more zone to protect people. On the offensive end last year we took right at 403 three pointers, which was about the combined amount my first two years. We shot the ball really well last season.

“We graduated some key players in key positions so it’ll be interesting to see how this season goes with the guys who have been in the program. They’ll be called upon to play new roles.”

Johnson said he looking forward to the “senior heavy” season.

“With that comes those expectations, but at the same time that doesn’t guarantee anything,” he said. “We don’t talk about winning games. We talk about winning possessions. If we’re consistent in our play, the wins will take care of itself.”