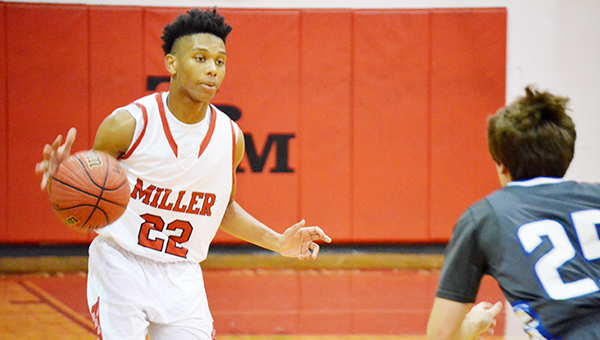 Corey Williams | The Brewton Standard
Johnson dribbles the ball down court in a game earlier this season.

T.R. Miller was able to keep Pike County at bay. The Bulldogs would mount a comeback in the third quarter, outscoring TRM 15-10. With a 38-35 lead going into the fourth, TRM would win the quarter 14-11 to win the game.

After beating Pike County the Tigers placed fifth place in the overall tournament.

Johnson was named to the boy’s all-tournament team, averaging 16.5 points over two games.