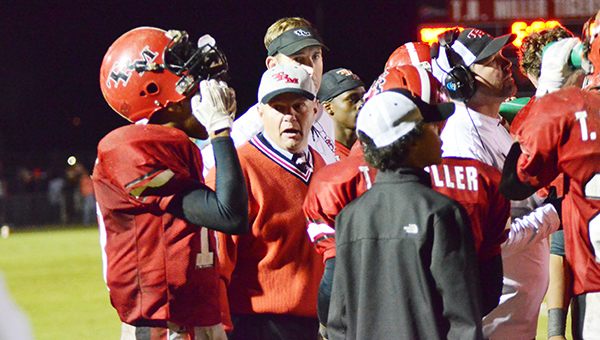 And the number is expected to grow, Varner said.

“But we won’t be a stepping stone or a placeholder for someone; we want someone who is going to be here,” Varner said of the candidate to be hired after longtime Tiger coach Jamie Riggs announced last month he would finish his 38-year coaching career on April 1.

Riggs ended the 2015 season with a fourth-round appearance in the state playoffs and an impressive 305 career wins – an accomplishment that marks him as the fourth winning-est high school football coach in Alabama.

It’s that foundation that makes the TRM head coach spot one of the most coveted in the state, Varner said.

“And those application numbers show how much people want to be a part of the TRM program,” he said.

Varner said applicant qualifications are “all over the map.”

“Some of them are quality coaches and others that are realistically swinging for the fence. I can’t blame them. Who wouldn’t want to coach at T.R. Miller?”

Among those interested include six applicants with local ties, Varner said.
“Those are either current (TRM) coaches or former TRM players who are now coaches and inspired by Coach Riggs.”

There is still no concrete deadline for hiring a coach, Varner said. State monitoring officials are on site this week, which has delayed applicant culling. Applications will be accepted until the position is filled.
“Really, it’s not about finding the best coach,” he said. “It’s about finding the best fit for TRM. It’s going to take a unique individual to fill that role. We obviously want someone who is going to win.

“If you don’t win, you don’t have the credibility to sell the other components of the program – the character, the discipline you’re trying to instill. You have to have a measure of success to market those ideas.,” Varner said. “We want someone who has character and integrity in all they do. Jamie Riggs is a model for what your program should be.”

Varner stressed that once the candidate pool is narrowed for interviews, a “community approach” will be utilized in the interview process. It is unknown if those interviews will be made public, he said; however, the school board will have final approval of the candidate.

“We do want the candidates to talk football with our staff and meet with school and community athletic representatives,” Varner said. “This person will also serve as the athletic director, so we want input from all areas of athletics; the booster club; all of those who might have insight.”